At a liaison committee yesterday, the prime minister did not rule out pubs in England rolling out vaccine passports for punters to gain entry

Prime minister Boris Johnson said: “I think that's the kind of thing that may be up to individual publicans. 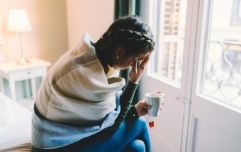 END_OF_DOCUMENT_TOKEN_TO_BE_REPLACED

“And my impression is that there is a huge wisdom in the public’s feeling about this and people instinctively recognise when something is dangerous and they can see that Covid is collectively a threat, and they want us as their government and me as the prime minister to take all the actions I can to protect them.”

The plans are being considered by the Cabinet Office and are being led by Michael Gove.

In exchange for the implementation of vaccine passports, pubs could be allowed to ditch social distance rules all together inside and outside their pubs.

NEW: Boris Johnson suggests it "may be up to individual publicans" to decide who can come into pubs - suggesting he's not against vaccine certificates/ testing as prerequisite to entry.

At present, social distancing and Covid restrictions have made life a nightmare for pub landlords and have caused them to haemorrhage money.

END_OF_DOCUMENT_TOKEN_TO_BE_REPLACED

It is also believed that introducing vaccine passports for pubs would trigger an increase in vaccine uptake.

The PM told Sky News today that the basic components for such a passport would look at "vaccine, immunity that you might have after you have Covid, and there is testing" adding such a scheme would not be rolled out until "absolutely everyone has been offered a vaccine."

However, senior Conservative MPs have expressed opposition to such schemes.

Nadhim Zahawi, MP for Stratford on Avon and vaccines minister, last month told PoliticsHome that vaccine passports were "not on the table" responding to speculation that tech companies are considering ways to create digital vaccine passports.

“My message to them is: one, the vaccines’ impact on transmission is not known yet, so be careful, because what you don’t want is to establish a false sense of security; and two, the best way of dealing with this is rapid testing [and] as the Prime Minister has outlined, with the national vaccine programme.”

END_OF_DOCUMENT_TOKEN_TO_BE_REPLACED

Elsewhere in the party, lockdown-sceptic and Conservative deputy chair of the Covid Recovery group Steve Baker warned such a scheme could create a two tier society.

“A two-tier Britain that prevents pregnant women from taking part in society, given that the government is telling them not to take the vaccine, or one where we turn back the clock and tolerate businesses turning away customers from communities which have shown an unfortunate hesitancy to take up the offer of a vaccine,” said Baker.

“We must not fall into this ghastly trap.”

And it doesn't seem to have been welcomed by the pub industry, either.

A British Beer and Pub Association spokesperson said: “Our sector has already gone to extraordinary lengths to prepare for reopening and we do not believe a requirement for pubs to check whether someone has had the vaccine would be appropriate or necessary.

“We will continue to work closely with the Government in developing guidelines for a safe and sustainable reopening in April and May.”

The row over vaccine passports for pubs comes ahead of a vote on the extension of draconian powers the government gave itself under the Coronavirus Act for a further six months, despite the fact the government's "cautious but irreversible" route out of lockdown is set to expire on 21 June.

Around 60 Conservative MPs are expected to break ranks and vote against the government today over the legislation, which include restrictions on protest and movement.

Labour are expected to abstain on the legislation, with the Liberal Democrats set to vote against it.

popular
Robinho to begin prison sentence after rape conviction appeal is rejected
Man kept as slave in shed for 40 years on Wales caravan park
Barcelona willing to pay £45m for Brazilian 15-year-old
FA investigating Arsenal yellow card over 'suspicious betting patterns'
Marvel actor Gaspard Ulliel passes away aged 37 in ski accident
British Airways cancels flights to US after 5G concerns
QUIZ: How many of the most successful football teams can you name, without making a mistake?
You may also like
Sport
Premier League to consider changing rules on covid postponements
News
Winter Olympics tickets to not go on sale to the general public
News
Novak Djokovic could be banned from French Open after Australia visa defeat
News
Booster jabs offered to 16 and 17-year-olds from today
News
Kim Jong-un 'lost so much weight as Covid stops him importing cheese'
Next Page