Pub to hold girls-only nights to protect women from spikings

A pub in Nottingham will be holding a weekly girls-only night as part of a nationwide initiative to protect women from becoming victims of spiking whilst on nights out.

A pub called The Playwright is looking to create a regular safe space for women as part of the ongoing 'Girls Night In' campaign, working with local universities and relevant societies to help organise it.

Pub manager, Josh Wheelhouse, told the Nottingham Post how the events are set to begin on Wednesday November 3, running from 6.00pm until close at 11.00pm, with the possibility of staying opening longer.

The campaign group itself, which started in Scotland but also popped in Nottingham, is calling for students to boycott nights out in pubs, clubs and other locations across the country that don't take effective action when it comes to preventing spiking.

Uni students across London, Manchester, Leeds, Brighton and many more areas are joining in with the boycott and it likely won't be long before other venues follow suit and create similar events. Mair Howells, founder of the organisation I've Been Spiked, has started a petition for governmental review and recently shared a helpful guide on how to spot if your drink has been spiked: 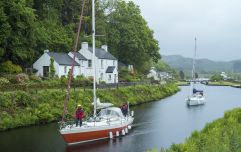 END_OF_DOCUMENT_TOKEN_TO_BE_REPLACED

The movement had generated pockets of criticism after some people took issue with its choice of language, suggesting that 'Girls Night In' wasn't an inclusive enough term to use.

It has been suggested that the group will change their name depending on which city associated events pop up in but as many have noted - this discourse somewhat detracted from the point of what the boycott was aiming to achieve.

This is an important initiative and the organisers have assured that they are, of course, "anti-racist, anti-misogyny, gender-inclusive, pro-LGBT+, pro-trans people, pro-disabled people, pro-sex worker, anti-carceral and pro-community support movement", assuring there was no intention to exclude or offend anyone.

Nevertheless, the fact that women's safety is so at risk at present - not just in the UK but across the globe - and that people are opting out of enjoying themselves while venues are considering girls-only nights almost as a necessity, shows just how far off public welfare standards for women are. 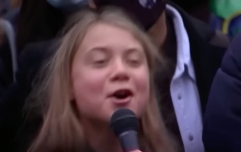 END_OF_DOCUMENT_TOKEN_TO_BE_REPLACED

Last week, Durham University issued an embarrassing PSA which after they advised students, simply, "don't get spiked" in a tweet that has since been deleted. Prior to that, a police boss had the gall to tell women to be more "streetwise" in the wake of multiple attacks on women.

It's time to end the culture of victim-blaming, for more to be done in order to protect people both at the pub and out in public and to take proper steps to make each other feel safer.

Oh, and here's a really simple piece of advice from Impossible in Manchester: