We're a few months away from Prince Harry and Meghan Markle's wedding, but there is already huge amounts of hype around it. From what type of dress Meghan will wear, to who will be present and also who won't be.

END_OF_DOCUMENT_TOKEN_TO_BE_REPLACED

Other aspects of the day, that are being speculated on, are what choice of entertainment the happy couple will choose. Only recently it was revealed that Geri Horner wanted the Spice Girls to be asked. While that might still happen, it's probably not very likely.

But, in the meantime, Prince Harry has reportedly personally asked none other than Ed Sheeran to sing at their wedding. As we know already, Will and Kate had Ellie Goulding performing at their wedding in 2011 and Princess Diane and Charles had Elton John. 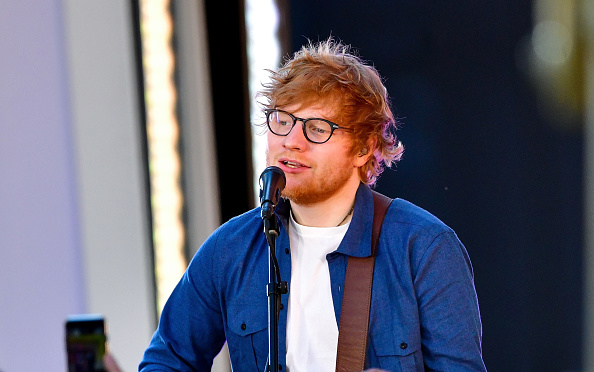 A source told Us Weekly, "Prince Harry has personally requested Ed perform at his wedding." They also said that Harry and Meghan's chosen song for him to sing is Perfect.

END_OF_DOCUMENT_TOKEN_TO_BE_REPLACED

When or where he is set to perform, it's not clear but presumably, it's for the first dance. The order for the couple's day has already been revealed.

The wedding ceremony will take place at 12pm on May, 19 at St George's Chapel. The Dead of Windsor will conduct the service and the Archbishop of Canterbury will officiate the vows.

After the wedding, at 1pm, newly married Harry and Meghan will travel from St George's Chapel through the town of Windsor in a carriage before returning to Windsor Castle. They want people to come together for this and enjoy the atmosphere in the town.

After that, they will return to St George's Hall to meet with the wedding congregation before inviting 'close friends and family' to a private evening reception.

popular
Dad who left partner for Ukrainian refugee is now her full-time carer after she became partially blind
Tariq Lampety switches international allegiance ahead of Qatar World Cup
Elon Musk secretly fathered twins with his top executive, according to court documents
Premier League club faces call to suspend international player over rape allegations
Bizarre moment Flash star Ezra Miller offers to 'knock out' store worker who wanted a selfie
England women's squad to discuss changing white shorts due to period concerns
Piers Morgan took a piglet on his show and people don't know 'what the f*** is going on anymore'
You may also like
Life
You might be saying Prince Harry and Meghan Markle's daughter's name all wrong
Music
Why did Serbia sing about Meghan Markle at Eurovision 2022?
Entertainment
Harry and Meghan call out Spotify over Joe Rogan Covid misinformation row
News
Meghan Markle 'more influential than the Queen' claims research
News
Prince Harry ‘fears family not safe in UK’ as he files claim over police protection
Next Page