The state has been the centre of controversy since passing anti-LGBT bill "House Bill 2", which bans trangsender students from using bathrooms that correspond with their adopted gender identities. 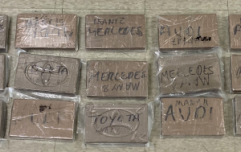 END_OF_DOCUMENT_TOKEN_TO_BE_REPLACED

"We have spent the last 50 years fighting for equality for everyone and these laws are discriminatory which XHamster.com does not tolerate," spokesman Mike Kulich said in a statement. "Judging by the stats of what you North Carolinians watch, we feel this punishment is a severe one. We will not standby and pump revenue into a system that promotes this type of garbage. We respect all sexualities and embrace them."

Since passing the Bill, a number of companies such as Facebook, Apple, Google, Twitter have joined forces to oppose it with a signed Human Rights Campaign petition.

popular
Cardiff City report Swansea to police over ‘swim away’ celebrations
Arsenal scout 4-year-old footballer who still attends nursery
At least seven bodies have been found in search for Brian Laundrie
Woman 'has proof' extra iPhone cameras are fake
Cold War Steve: How the Banksy of Twitter turned Covid angst into art
Here we go again - the government says book your Xmas party. What's 'Plan B'?
Mauro Icardi pays tribute to Wanda Nara after she took him back
You may also like
Sport
Former USA international accuses US game of ignoring issues to establish women's game
Sport
US men's and women's national football teams offered identical contracts
News
Leader of Texas anti-mask movement dies from Covid-19
Fitness & Health
Man who was ‘too busy’ and 'stubborn' to get Covid vaccine now urging everyone to do so
Politics
Biden says Cuba is a failed state and Communism is a failed system
Next Page