Polio: Source of virus could be traced to single household or street

The source of the recent polio virus outbreak in the UK could be tracked back to "individual houses and streets", a health minister has said. 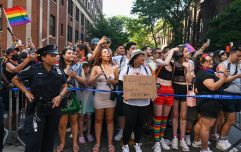 END_OF_DOCUMENT_TOKEN_TO_BE_REPLACED

The virus was discovered in sewage samples taken from the Beckton Sewage Treatment Works in London this year, which serves around four million people in north and east London. This led the UK Health Security Agency to declare a national incident on Wednesday, and "urgently" investigate whether the virus is spreading between people.

On Thursday, Lord Kamall, minister of technology, innovation and life sciences, told peers that it could be possible to trace the source of the virus to a single address.

"It is mixed up with a lot of stuff and what we have got to try and work out now is how we go along the pipes and investigate individual pipes to see whether we can locate the source," he said.

"In theory it might be possible to find individual households and streets but it is too early.

“This is really world-beating in what we are doing here, it is a first and it shows that we are ahead, but one of the issues with being ahead is that we detect things that would not have been detected earlier."

The virus was discovered at Beckton (Thames Valley)
Advertisement

Polio is a highly contagious infection which, in rare cases, can cause paralysis and be life-threatening. It enters the body through the nose or mouth and develops in the throat and intestines. 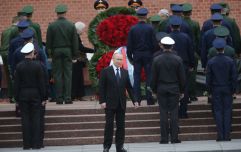 END_OF_DOCUMENT_TOKEN_TO_BE_REPLACED

Investigations into the recently sewage samples will aim to determine where community spread is occurring and to what extent. Though according to Dr Vanessa Saliba, a consultant epidemiologist at the UKHSA, vaccine-derived poliovirus is rare and the overall risk to the public is "extremely low".

She told Sky News: "Vaccine-derived poliovirus has the potential to spread, particularly in communities where vaccine uptake is lower. On rare occasions it can cause paralysis in people who are not fully vaccinated so if you or your child are not up to date with your polio vaccinations it's important you contact your GP to catch up or, if unsure, check your red book.

"Most of the UK population will be protected from vaccination in childhood, but in some communities with low vaccine coverage, individuals may remain at risk.

"We are urgently investigating to better understand the extent of this transmission and the NHS has been asked to swiftly report any suspected cases to the x, though no cases have been reported or confirmed so far."

popular
Brit on holiday beaten with a brick by gang before being thrown in the sea unconscious
The longest walkable distance on Earth which no one is known to have completed
Dad who ran off with Ukrainian refugee says couple are doing 'brilliantly' - but he can't see his kids
Blood-Smeared toddler now orphan after Highland Park shooting
Fears surging covid cases could ruin summer holidays with return of tests and rules
Man who refused to work as he was 'mourning' after US abortion decision gets fired
Men with ‘very large penises’ wanted for new documentary
You may also like
Life
A new £1 hangover prevention pill has gone on sale in the UK today
Science
Drugs 'that could let humans live to 200' are being developed, scientist says
Entertainment
First Dates' Merlin Griffiths back in hospital with cancer complications
Fitness & Health
‘Flamingo test’ reveals your likelihood of dying within 7 years
News
Polio virus: National incident declared after traces detected in UK sewage for first time in 40 years
Next Page