An investigation is underway at a US high school after Snapchat footage purportedly showing a teenage girl having sex with several boys was circulated.

According to reports about South Fort Myers High School, in Florida, an incident report from local police said "25 male students were identified going inside the bathroom" while the girl was there. 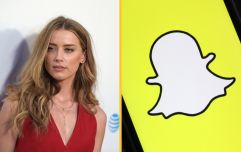 END_OF_DOCUMENT_TOKEN_TO_BE_REPLACED

During the police investigation, multiple students were interviewed, with one student saying that a Snapchat video of the aforementioned incident was sent around and some of the clips were saved.

It's thought that the 15-year-old girl spoke with police about the matter, and said she had sex with several male students.

A spokesperson for the school told Fox that no charges have been pressed and that the matter is being dealt with by the school.