Police chiefs called it "a blatant breach of the Coronavirus rules"

Police in West London broke up a boat party with over 70 attendees on Saturday, for breaching Covid lockdown rules. 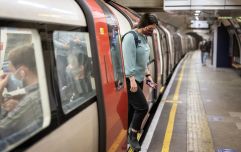 END_OF_DOCUMENT_TOKEN_TO_BE_REPLACED

Officers were called to Volt Avenue, North Acton just after 11 pm on Saturday evening, after reports of a big gathering on a moored boat.

The group was then dispersed. 72 people in all were reported for the consideration of fixed penalty notices of £800, for attending an indoor gathering of over 15 people.

The organisers were also reported for consideration of a £10,000 fixed penalty notice.

A total of 72 people have been reported for the consideration of a fine after they attended a party on a boat in #Ealing last night.

DCI Thomas Bowen said: ""This was a blatant breach of the Coronavirus rules that are in place to save lives."https://t.co/QCzGh0O3eR

"This was a blatant breach of the Coronavirus rules that are in place to save lives and protect the huge pressure on the NHS," said Detective Chief Inspector Thomas Bowen, of West Area.

"All the people who attended this event, which appears to have been organised on social media, have quite rightly been reported for the consideration of fines." 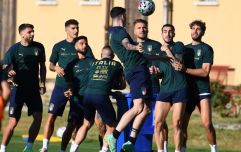 END_OF_DOCUMENT_TOKEN_TO_BE_REPLACED

"The Met will continue to shut down and disperse events such as this, which risk spreading a virus that has already claimed the lives of more than 100,000 people in this country."

Police have also reported several other gatherings being broken up across the country on Saturday evening.

In Essex, 18 revellers were fined nearly £15,000 in total after police attended an illegal house party in Sewardstonebury. The party-goers initially claimed to be filming a music video.

Merseyside Police also reported issuing over 30 people with fixed penalty notices for breaching Covid regulations over the weekend, including 20 people being found at a business named Shred Fast Gym in Aintree.

popular
DaBaby disappears from Parklife festival lineup after on-stage homophobic rant
The JOE Friday Pub Quiz: Week 254
YouTuber Albert Dyrlund falls to his death from mountain while filming video
People are shocked after finding out how much an Olympic gold medal is actually worth
Olympic swimmers barely keep it together after Clare Balding compliments 'third leg'
Compulsory vaccinations in the workplace would not apply to vegans, according to experts
Protestors call on Dublin Temple Bar pub to "come out and say sorry" over alleged assault
You may also like
Fitness & Health
UK is the Gonnorhoea capital of Europe, according to new study
News
Large fire breaks out at Elephant and Castle station, south London
Sport
England and Scotland fans flimed fighting after "we hate Scotland" chants
News
Scotland fans help with clean-up in Leicester Square as Tartan Army leaves London
News
Notting Hill Carnival cancelled for second year due to Covid
Next Page