Warning: The contents of this may be upsetting to some readers.

JOE has received details of four young men abusing a homeless person on the streets of Dublin, with one of the men actually urinating on the person in question. 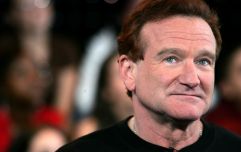 END_OF_DOCUMENT_TOKEN_TO_BE_REPLACED

The full story was told by Julie O'Connor, who set up the organisation Walking In THEIR Shoes, who went to help the man. She had received a call at 1.30am from a girl who had confronted the offender for his actions, before he and his friends ran off.

"This happens all the time - there should be somewhere safe that they can go. There should be a safe area where the Gardai (Irish police) can guarantee they won't be abused," Julie, who organises a soup run every Thursday night at the Central Bank in Dublin, told JOE. 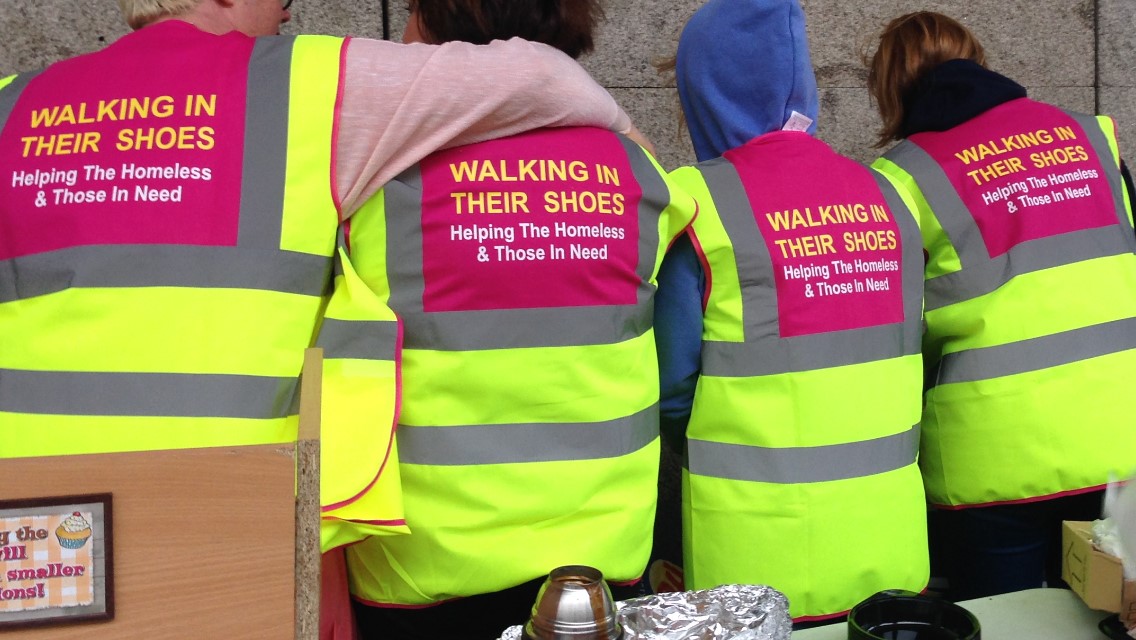 "It was the sadness and humiliation that got me, I didn't sleep at all. It infuriates me. That's someone's dad, grandad or brother."

She also revealed how the homeless man did not want to alert the Gardaí, or to reveal exactly where the incident occurred.

This is not an easy story to read, but it will make you think about what homeless people go through on a nightly basis in Dublin, and in the UK as well.

It will also make you incredibly angry that someone could take another person's dignity away like this (warning: contains upsetting imagery). 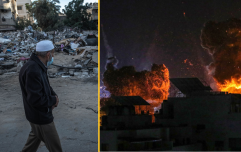 END_OF_DOCUMENT_TOKEN_TO_BE_REPLACED

Last night at 1.30am I got a phone call from one of my daughter's friends.

She was distressed and it took her a while to calm down and explain to me exactly what had happened. I was also a little perplexed as to why she was calling me. Then she explained and I was upset, furious and disgusted about what had happened.

She had been waiting for a bus when she saw four youths approach a homeless guy sleeping, when one of them actually urinated on the homeless guy right in front of her eyes, while the others looked on laughing.

Without thinking she ran over screaming at them to stop but after giving her abuse they ran off. 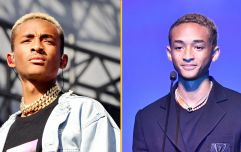 END_OF_DOCUMENT_TOKEN_TO_BE_REPLACED

The guy they had urinated on was obviously mortified and very upset about what had happened and all she could think of doing was ringing me, knowing how I helped with the homeless.

Usually I would have contacted Inner City Helping the Homeless to see if they could get out to her but their line was busy, and with her being so upset I just picked up an emergency bag we have ready, with a full set of warm clothes, towels, wipes, sleeping bag and went straight out to them.

He was extremely embarrassed and very upset.

At 67-years-old he had fallen on hard times and admitted he had turned to the drink. But he refused to sleep in the hostels as he never felt safe.

I tried to convince him to let me take him to the Merchant's Quay Night Café where he could shower and change but he was just too embarrassed and ashamed. He also refused to let me call the Gardaí to report the incident.

Instead all I could do was encourage him to change out of the soiled top and trousers, wash himself down and put on a clean, dry change of clothing.

All the time couples walked passed, not caring about what had happened.

Too busy to even take a moment to ask if he was ok. After he got changed we took him to Burger King and got him something to eat and drink whist still trying to encourage him to let me try and get him a bed for the night.

But no, all he would take was a fresh sleeping bag and a pillow, assuring us that he would be ok and would go to Merchant's Quay tomorrow for a shower. I cried leaving him, as did this wee girl who had called me. 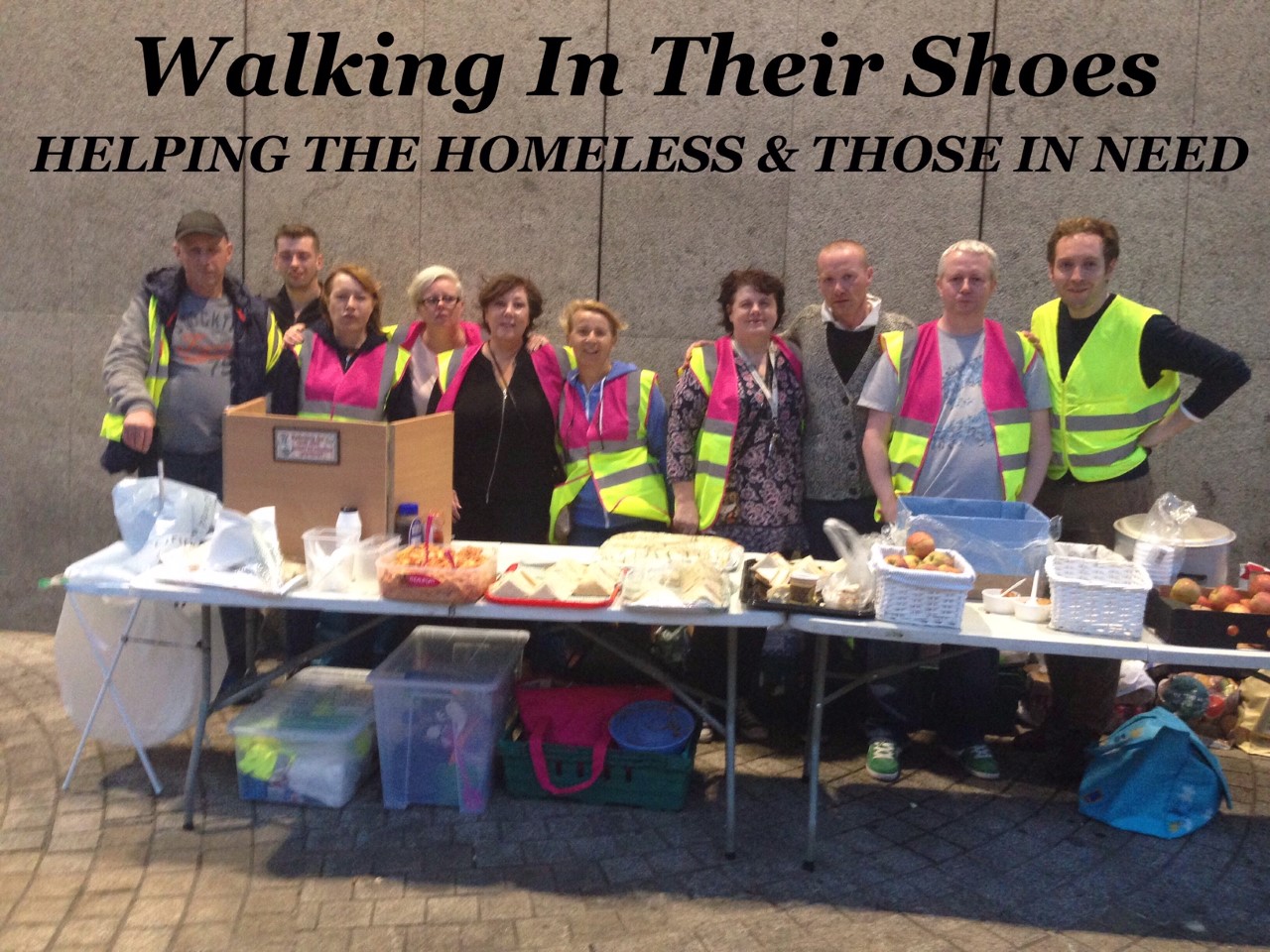 How can our fallen heroes be treated this way? Not only by a government that has failed them but by a society that feels it's ok to treat a fellow human being in this way?

I swear if I'd seen this happen I'd be locked up by now for assault. God forgive them, and also those too who saw this happen and ignored it.

I'm just heartbroken. Please God he will find his way and get off the streets. I have said I will call to see him tonight and have asked ICHH to keep an eye out for him on their travels in the area.

Wish we could do more but apart from bring him home with me - what??"

From a heartbroken volunteer.

JOE would also like to thank Chris Turner from You're Not Alone for alerting us to this.

Note: The image used on the Walking In THEIR Shoes Facebook page does not depict last night's incident.

popular
'Super recogniser' draws 'accurate' modern Maddie McCann to help police find her
Park dubbed 'UK Disneyland' confirmed to go ahead next year
Mum in jail for murder pays tribute to son, 6, killed by his dad and new girlfriend
The JOE Friday Pub Quiz: Week 272
Chilling video shows moment step mum tried to get away with murdering boy, 6
Bride faints on groom, vomits and gets pooed on during ceremony
Man suing company after being 'hung upside down like meat' at Christmas party
You may also like
Life
Swiss city offers homeless one way ticket to anywhere in Europe if they agree not to return
Life
Former homeless man reunites with Greggs manager who bought him breakfast every morning
News
Homeless people moved up vaccine priority list
News
More than 70,000 households made homeless since start of coronavirus pandemic
News
The government will not house the homeless during this lockdown
Next Page