A study in Israel has found the BioNTech/Pfizer vaccine is less effective at halting the spread of the Delta variant than previous strains of Covid-19. 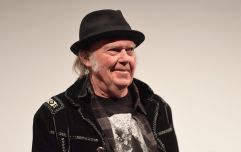 END_OF_DOCUMENT_TOKEN_TO_BE_REPLACED

Data collected over the last month has suggested that the vaccine is 64 per cent effective at preventing infection among those who have received both doses of the jab. In comparison, the vaccine's effectiveness against previous strains of the virus was estimated to be 94 per cent.

The preliminary study was carried out by Israel's health ministry. The research did find that the Pfizer jab is still 93 per cent effective against serious illness and hospitalisation.

Professor Nadav Davidovitch, who sits on the Israeli government's expert advisory committee on Covid-19, pointed out that the study was based on "preliminary" figures.

He said: "Delta is a lot more infectious, but appears to not lead to as much serious illness and death, especially given that we now have the vaccine."

The Financial Times reports that cases have been rising in Israel since the country lifted all remaining Covid-19 restrictions on June 1. As of Monday, the country had almost 2,600 active cases, more than double that of the previous week. However, the health ministry said that only 35 of these were considered seriously ill.

Israel has now started to reintroduce some minor social distancing measures, with face masks now reimposed as a requirement for indoor gatherings and public transport. The government is considering additional restrictions as well, including limits on large public gatherings.

END_OF_DOCUMENT_TOKEN_TO_BE_REPLACED

Davidovitch said that he does not think the virus will hit the same levels in Israel as it is in the UK, saying: "I don't believe it will be like the UK.

"We have more vaccinated people here, Pfizer seems to provide better defence than [AstraZeneca], and I don’t believe the government will allow the virus to run rampant. We have to be proportional in our response."

On Monday, Boris Johnson announced that all remaining social distancing measures are set to be lifted in England from July 19, despite rising case numbers across the country.

popular
Eric Bailly fails spectacularly with no-look penalty in AFCON shoot-out
Martin Lewis issues urgent advice for households ahead of energy price hike
'Time traveller from 2714' reveals when the zombie apocalypse will take place and how it begins
'I'm so beautiful my friends don't invite me to birthday parties as I'll steal the show'
Sex expert reveals how men can last longer in bed
Dr. Dre shares unbelievable video of Eminem's skills to prove no rapper could beat him
Collapse of sports crypto giant leaves fans with worthless tokens
You may also like
Life
Unvaccinated man denied heart transplant by Boston hospital
News
Compulsory covid jabs for NHS workers could be axed after protests across UK
Entertainment
Adele breaks down as she postpones Las Vegas residency day before show
Life
You'll still have to wear face masks on the Tube, despite end of Plan B
Sport
Premier League to consider changing rules on covid postponements
Next Page