The Professional Footballers' Association has announced that it will create a task force to examine the links between the game and brain injury diseases.

The players' union, which has been led by controversial chairman Gordon Taylor for almost three decades and has repeatedly been accused of ignoring the links between football and brain disease, is set to reach out to a number of prominent figures, including the family of former England and West Bromwich Albion striker Jeff Astle.

Astle, who played more than 400 matches in his professional career from 1959 to 1977, died in 2002 at the age of 59. He had been diagnosed with a degenerative brain disease years prior.


Following his death, Astle's family established the Jeff Astle Foundation, an organisation dedicated to raising awareness of brain injury in all sports and helping those afflicted. 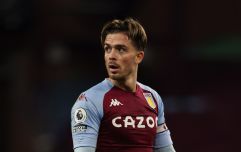 END_OF_DOCUMENT_TOKEN_TO_BE_REPLACED

The foundation has repeatedly called on the authorities of English football to take seriously the links between the game and brain disease.

Earlier this month, it was confirmed that Manchester United and England legend Bobby Charlton had been diagnosed with dementia. The news came less than a month after his former club and international teammate Nobby Stiles died from the disease.


popular
These are the goals nominated for this year's Puskas Award
Meghan Markle reveals that she suffered a miscarriage during the summer
Joe Biden says Northern Ireland border must remain open post-Brexit
Can you get more than 12/15 in this childrens' TV quiz?
Furious Julian Nagelsmann accuses Angel Di Maria of diving for crucial PSG penalty
Bruno Fernandes explains why he let Marcus Rashford have penalty
Marcelo Bielsa joins Klopp and Flick on FIFA men's manager of the year shortlist