People who use #IBelieveHer at risk of being sued, says Paddy Jackson's lawyer

There are thousands of tweets under the hashtag

Lawyers for Ulster and Ireland rugby player Paddy Jackson have warned of further libel actions over the thousands of tweets about his rape acquittal.

Since the verdict was announced last week, many women and men in Ireland have been using the hashtag, as well as another one which popped up yesterday: #SueMePaddy.

It comes after they began court proceedings to sue Labour senator Aodhán Ó Ríordáin after he made references to "smug well-connected middle-class boys."

Yesterday, the hashtag was the No.1 trending topic in Ireland - with thousands of people contributing to the conversation.

END_OF_DOCUMENT_TOKEN_TO_BE_REPLACED

And now, according to the Belfast Telegraph, between the two hashtags, Mr Jackson's lawyers said that: "We will not hesitate to repeat similar legal action against anyone, who deliberately or otherwise, sees fit to attack our client.

"We are examining carefully every item of social media commentary which seeks to challenge the integrity of the jury's full endorsement of our client's innocence."

"To the extent that the 'I believe her' comments seek to undermine the finding of the jury and imply that Mr Jackson is guilty of the crime of which he has been acquitted, they are defamatory.

I stand with @AodhanORiordain & the 100k of people who #IBelieveHer so, off you pop and... #suemepaddy


"We make no comment on the wider conversation about the manner in which such trials are generally held, but our concern is to ensure that the facts about Mr Jackson are accurately reported and shared. 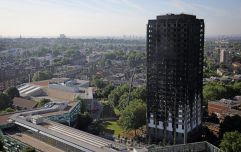 END_OF_DOCUMENT_TOKEN_TO_BE_REPLACED

"The truth is that he was acquitted, and enjoys the same presumption of innocence as any other individual. This is not up for debate or interpretation. It is unquestionably a matter of fact."

Yet another lawyer from the same law firm told the Belfast Telegraph: "We won't hesitate to issue proceedings. Already we see material that is highly defamatory of Mr Jackson and we are examining it now over the next few days."

In relation to the case, almost 50,000 people have now signed a petition asking that the IRFU review the behaviour of the rugby players involved in the recent Belfast rape trial.

Good luck to Paddy Jackson’s legal team if they think they can scare off the thousands of people heading to today’s 2pm #IBelieveHer march on Dame Street. #SueMePaddy

Numerous protests will also be happened around the country at 2pm on Sunday.