The correct way to pronounce Swedish furniture giant IKEA has been revealed - and let’s just say the internet is a little baffled that they have been saying it wrong this whole time.

“So IKEA is pronounced like (EE-key-uh) not (EYE-key-uh) and no one was gonna tell me?” he wrote.

So IKEA is pronounced like (EE-key-uh) not (EYE-key-uh) and no one was gonna tell me?

But the plot thickened further when another user said: “The proper swedish [SIC] pronunciation is ‘EE-kay-uh’ actually!"

Another person chimed in to further educate the Twitter masses: “Because it’s the acronym of the founders, and one of the founder is Ingvard Kamprad (which pronounce with EE).” 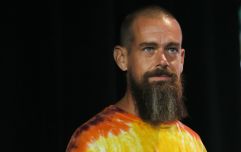 END_OF_DOCUMENT_TOKEN_TO_BE_REPLACED

This fact was confirmed in 2019 when The West Australian spoke to an IKEA spokesperson on the matter.

“The word “Ikea” brings together the name of Ikea founder Ingvar Kamprad with the name of his family farm Elmtaryd and home village of Agunnaryd, Sweden (creating the acronym IKEA),” the spokesperson said.

“When Ingvar founded IKEA in 1943, he of course pronounced it with a typical Swedish accent: “Eee-KEH-Yah”.”

But don’t panic too much; IKEA isn’t going to hunt you down for mispronouncing their brand. In the same interview, the brand acknowledged its breadth as an international company.

“The Ikea brand is today present in more than 49 markets,” they said.

“It’s only natural that people pronounce “IKEA” and the Swedish names of its products with a local accent. And that’s absolutely OK.”