A mass clean up is underway in Leeds after people who gathered in large groups on Tuesday left litter over Woodhouse Moor. 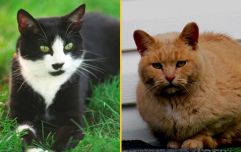 END_OF_DOCUMENT_TOKEN_TO_BE_REPLACED

Thousands of people across the country flocked to outdoor public spaces to meet friends and family as social restrictions were eased.

The good weather has encouraged even more people to meet outside, with temperatures at their highest in March in 50 years.

The images of litter scattered across Woodhouse Moor in Leeds have been widely shared on social media, with one Twitter user reaching out to officials at Leeds University to ask what can be done to change students' attitudes towards littering.

The state of the Woodhouse Moor this morning 😠

We're so lucky to have these green spaces and it's heartbreaking to see it so poorly treated. @UniversityLeeds @LeedsUniUnion what can be done to reach out & change the attitudes of the students responsible? pic.twitter.com/zKalfug5Ef

The Twitter user said: "We're so lucky to have these green spaces and it's heartbreaking to see it so poorly treated.

Tagging Leeds University, she then asked "What can be done to reach out & change the attitudes of the students responsible?" 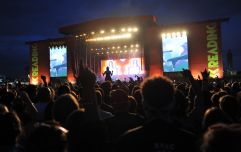 END_OF_DOCUMENT_TOKEN_TO_BE_REPLACED

As reported by the BBC, a litter collection team arrived at Woodhouse Moor in the Hyde Park area of Leeds earlier this morning to clear the mess left on the site.

A Leeds resident told ITV: "It's funny that people are actually surprised. If I was there age I'd probably be doing the same thing - but they're taking the mick a bit by not social distancing.

"I hope there's no outbreak, but they can't exactly be upset if there is one. It's selfish on their part, but understandable."

A spokesperson for Leeds City Council responded to the scenes in the city yesterday. 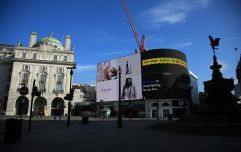 END_OF_DOCUMENT_TOKEN_TO_BE_REPLACED

The spokesperson said: "Whilst recognising that people will be keen to meet up with friends and family in our parks and green spaces given the relaxation in some coronavirus restrictions this week, we are asking residents to still fully respect all of the guidance currently in place.

"This includes those rules relating to social distancing and gatherings. This is vitally important if we are to continue to protect the health and wellbeing of ourselves and others."

This comes after the government relaxed some social restrictions as part of the their roadmap out of lockdown, which means that people can now meet up in groups of six or as two households.