The news was confirmed in a joint statement

The IRFU and Ulster Rugby have revoked the contracts of players Paddy Jackson and Stuart Olding after the conclusion of their internal review.

In late March, the pair were found not guilty of rape and sexual assault of a young woman after a lengthy trial in Belfast.

'Following a review, conducted in the aftermath of recent court proceedings, the Irish Rugby Football Union and Ulster Rugby have revoked the contracts of Patrick Jackson and Stuart Olding with immediate effect.

'In arriving at this decision, the Irish Rugby Football Union and Ulster Rugby acknowledge our responsibility and commitment to the core values of the game: Respect, Inclusivity and Integrity.

'It has been agreed, as part of this commitment, to conduct an in-depth review of existing structures and educational programmes, within the game in Ireland, to ensure the importance of these core values is clearly understood, supported and practised at every level of the game.' 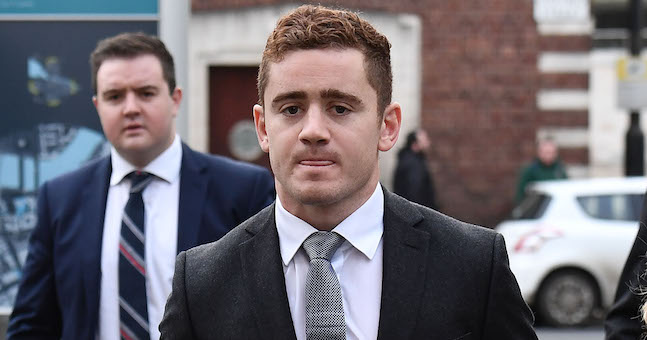 Craig Gilroy, their now former teammate for Ulster and Ireland, was also sanctioned for his part in a WhatsApp group that contained Jackson and Olding.

'Following a review of a text message sent by Craig Gilroy, the Irish Rugby Football Union and Ulster Rugby have sanctioned him, following a disciplinary process in accordance with the terms of his contract.

'Craig will be unavailable for team selection until 26th April 2018.'

We will bring you further news on the matter when we have it.