This does not reflect well on the historic (archaic) university

It was a commitment from the Grime artist to pay the full tuition fees and maintenance grants for two students in this academic year and the next, in an effort to help young, gifted black students access the very best in higher education whatever their family outcome.

Whilst speaking at the Barbican centre in London whilst promoting his new book, Rise Up: The #Merky Story So Far, Stormzy admitted that the University of Oxford rejected his offer of the scholarship before he turned to Cambridge.

“We tried Oxford but they didn’t want to get involved,” Stormzy said.

Stormzy: Can I sponsor some Scholarships for Black students who get the grades for Oxford?
Oxford: Get Lost, Stormzy.

Why would you look a gift horse in the mouth @UniofOxford?
Must be getting too big for your boots. https://t.co/GwIwEl0S4X


Quite why the institution would turn their noses up at such a gesture is puzzling (or not) given the fact that they have continually lagged far behind the rest of the country in terms of the number of black students admitted.

This is why #FreeBritney is trending worldwide right now

END_OF_DOCUMENT_TOKEN_TO_BE_REPLACED

In 2015, one in three colleges at the University failed to admit a single black student, the first time the university had released such figures since 2010.

Only three Oxford colleges made at least one offer of an undergraduate place to a black British A-level student in each of the six years between 2010 and 2015.

Progress remains difficult to spot; a quarter of Oxford colleges didn’t admit a single black student in at least one year between 2015 and 2017, although the proportion of black students admitted has increased by 0.8% over the course of 5 years.

According to official admission statistics by the University of Oxford, 16% of black students living in the UK who applied in 2017 were offered a place, compared to 26% of white students.

The Oxford admission statistics page appears to argue that this is due to black students applying for more competitive courses such as law and medicine, stating that: "students from BME backgrounds are more likely to apply for the most competitive courses than White students.”

Whilst I was undergoing my UCAS applications I remember certain students at my grammar school being encouraged to apply for weaker courses - such as Geology - for a greater chance of being accepted.


Maybe black students aren't offered this advice from their schools. Maybe they have more ambition than to scrape into Oxford grades far below their original offer and study Geology (as one student did), simply to forge a career off the back of a 2:2 or third with a prestigious university at the top of degree. Maybe they would simply rather strive to be a doctor or a lawyer. 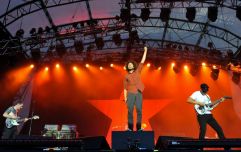 Rage Against The Machine: 10 years on from beating The X Factor at Christmas

END_OF_DOCUMENT_TOKEN_TO_BE_REPLACED

As FullFact.org points out from their analysis of Oxford's admission statistics, 11% of black law applicants from 2015 to 2017 received an offer, and 6% were admitted.

23% of white applicants received an offer, and 20% were admitted.

For medicine, 9% of black students received an offer and 8% were admitted, compared to 22% and 20% respectively for white students.

UCAS (figures rounded due to scale)

The document strains to point out that the university is, roughly, which is another way of saying behind but not astronomically far off, in line with the national average for Russell Group universities outside of London.

Black students made up 2.8% of undergraduate admissions at non-London Russell Group universities in 2015. At Oxford University in 2015, only 1.5% of admissions were black students.

Again, quite why the official university statistics are exclusively using 'non-London' universities as a basis for comparison, rather than just, you know, universities, is unclear when the same document shows that 24.7% of the university's admissions between 2015 and 2017 were students from Greater London.

This is the largest area from which students are accepted into the university and is almost proportionally double the region's total share of the UK population - which is 12.9%.

When Stormzy announced the scholarship with Cambridge, he said: “If you’re academically brilliant don’t think because you come from a certain community that studying at one of the highest education institutions in the world isn’t possible.”

Clearly, it isn't impossible to study at the University of Oxford if you are a black student. But it does appear difficult.

Why they then wouldn't make it easier for two students, through no cost of their own, is a mystery. Or it isn't.


popular
Mark Selby slams 'disrespectful' Ronnie O'Sullivan after Crucible elimination
QUIZ: Is this a Marvel character, or a DC character?
QUIZ: Can you get full marks in this devilishly tricky capital cities quiz?
Why Barcelona will have to pay Liverpool if Bayern Munich win the Champions League
Can you name every English football league club that begins with 'C'?
Eat gummy bears for better recovery after a workout, says fitness expert
The JOE Friday Pub Quiz: Week 204

You may also like
Sport
Jade from Little Mix accepts Honorary President role at South Shields FC
Sport
What Taylor Swift can teach us about transfer window heartache
Music
Kasabian lead singer Tom Meighan steps down over "personal issues"
Entertainment
Whatever happened to Guitar Hero?
News
Akala on the long racist history of the United Kingdom
Next Page