Hundreds of babies died or were left disabled due to poor care during birth, a damning report released on Wednesday has revealed.

END_OF_DOCUMENT_TOKEN_TO_BE_REPLACED

The report into baby deaths and maternity failings at the Shrewsbury and Telford Hospitals NHS Trust (SaTH) identified at least 201 babies - made up of 131 stillbirths and 70 neonatal deaths - and nine mothers who may have survived had they had proper care at SaTH.

Today our final report of the Independent Review of Maternity Services @sathNHS has been published. The full report can be found here: https://t.co/IoUbt8udef

The report, by senior midwife Donna Ockenden, also found 29 cases where babies suffered severe brain injuries, at least 94 babies who suffered avoidable brain injuries, and that there have been  "repeated failures in the quality of care and governance” at SaTH over the past two decades. There were also 65 incidents of cerebral palsy. END_OF_DOCUMENT_TOKEN_TO_BE_REPLACED

The review examined almost 1,600 cases spanning 20 years and is thought to be the largest of its kind in NHS history.

Ockenden's report found there were at least 304 cases of serious harm. Botched births meant mothers and babies died and some newborns were left brain-damaged.

Mothers were also denied C-sections and forced to suffer traumatic births as many babies were left with fractured skulls and broken bones. Others were starved of oxygen and suffered brain injuries.

Speaking of the failures, Ockenden, said: “For example, ineffective monitoring of foetal growth and a culture of reluctance to perform Caesarean sections resulted in many babies dying during birth or shortly after their birth. 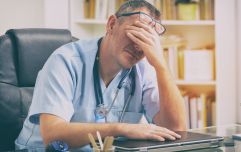 END_OF_DOCUMENT_TOKEN_TO_BE_REPLACED

“In many cases, mother and babies were left with life-long conditions as a result of their care and treatment."

Ockenden said the "reasons for these failures are clear". There were staff shortages, a lack of ongoing training, and "a lack of effective investigation and governance at the trust and a culture of not listening to the families involved", she said.

Ockenden went on to say there was a "tendency" of SaTH to "blame mothers for their poor outcomes, in some cases even for their own deaths".

“What is astounding is that for more than two decades these issues have not been challenged internally and the trust was not held to account by external bodies," Ockenden said, as she called for systemic change, both locally and nationally to ensure care provided to families was professional and compassionate.

"I am deeply sorry to all the families who have suffered so greatly," he said. "We will make the changes that are needed so that no families have to go through this pain again."

The full report can be viewed here.