This rule will, of course, be followed to the letter

Of the 38,277 pubs in the England, only 732 will allow customers from different households to drink together indoors once lockdown ends and the tier system is reintroduced.

END_OF_DOCUMENT_TOKEN_TO_BE_REPLACED

The majority of pubs in the country fall into tier 2 regions, where the rule of six is applied outdoors, meaning one can meet up with members of different households in a group of six to eat or drink outdoors, but indoors they must only mix with members of their household. Tier 2 also stipulates that alcohol can only be served with a "substantial meal."

So, in my case, either I drink coke in the cold with my friends, or beer inside with my mum.

The 16,547 pubs in tier 3 will remain shut with exceptions made for takeaways.

Only three regions fall into tier 1 - Cornwall, the Isle of Wight and the Isles of Scilly.

Here is a list of every pub in Cornwall, all of which will fall into tier 1.

Here is a list of every pub on the Isle of Wight, which also fall into tier 1. 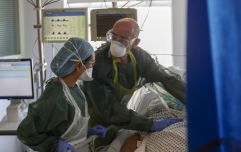 END_OF_DOCUMENT_TOKEN_TO_BE_REPLACED

And here is a list of all 11 pubs on the Scilly Isles, which are of course, in tier 1.

Brewers are also warning of an ale shortage this winter, with Richard Bailey, chief executive of Thwaites Brewery in Blackburn warning that his brewery is one of many to stay shut after lockdown and could lead to a shortage of beer in pubs this Christmas.

This comes amid growing concern of a third lockdown at the start of 2021, after the 'five days of freedom' granted over Christmas.

Foreign secretary Dominic Raab has said “We’re doing all we can to avoid [a third lockdown]", but did not rule it out as a possibility.

MPs will vote on Tuesday on the new tier system, with many reportedly apprehensive about the new restrictions and how long they may be implemented. 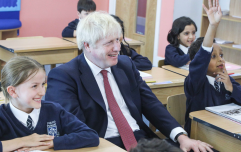 END_OF_DOCUMENT_TOKEN_TO_BE_REPLACED

Prime minister Boris Johnson is understood to have reassured MPs that the new tier system has a "sunset" expiry date of 3rd February.

Johnson has also said tiers will be reviewed every two weeks, and that there will be another vote on the tier system at the end of January on whether the measures continue through the March.