Nine police officers have been fined for breaching Covid rules while on duty.

The officers - all from the Metropolitan Police - have been fined £200 each, for having breakfast together at a cafe.

They were spotted eating together at 9am in the morning in a cafe near the River Thames earlier this month, with England a week into the third lockdown.

The officers were reported by IT manager Brian Jennings.

"We noticed in the first lockdown and again today that regularly, first thing in the morning, there will be half-a-dozen squad cards outside and every table full of police officers having breakfast in there," Jennings told MailOnline.

"You read about people getting fined and it seems hypocritical as it looks like there is little social distancing in the cafe." 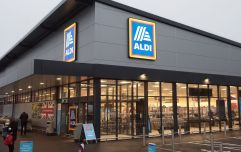 END_OF_DOCUMENT_TOKEN_TO_BE_REPLACED

"I find the regular and continued flouting of social distancing and lockdown regulations by the police hypocritical and foolish at this time when the infection rates in Greenwich borough are among the highest in the UK."

MailOnline also published pictures of the officers in the cafe. Apart from the fines, they will face no further punishment, but have been told to "reflect on their choices."

"Police officers are tasked with enforcing the legislation that has been introduced to stop the spread of the virus and the public rightly expect that they will set an example through their own actions," said Chief Superintendent Rob Atkin, South East Commander.

"It is disappointing that on this occasion, these officers have fallen short of that expectation. It is right that they will pay a financial penalty and that they will be asked to reflect on their choices."

On Tuesday, it was announced that the UK has had its deadliest ay of the pandemic, with 1,610 people having died after testing positive for coronavirus. Britain also has the highest fatality rate in the world.

popular
The JOE Friday Pub Quiz: Week 232
Aldi announce new packaging ban to come into action across supermarkets nationwide
Scarlett Moffatt Discovers ‘30% Rain’ On Weather App Doesn’t Mean Chance of Rain
Slowthai agrees to stop spitting in fans' mouths at gigs due to Covid-19
Shamima Begum cannot return to the UK, says the Supreme Court
UEFA likely to choose England as sole host nation for Euro 2021
Lady Gaga's dog walker shot as her two dogs are stolen
You may also like
News
Queen's relative jailed following sexual assault at ancestral home
News
People are calling on the government to make June 21st an official bank holiday
News
Piers Morgan lambasts Matt Hancock over claim UK had 'no shortage' of PPE
News
6,500 migrant workers have died in Qatar since the country was awarded the World Cup
News
This is Boris Johnson's roadmap out of lockdown, in full
Next Page