"You're a fascist and a racist", Sturgeon says

Scotland's First Minister Nicola Sturgeon told the former Britain First deputy leader, Jayda Fransen, that she was a "racist" and "fascist" during a heated discussion in Glasgow. 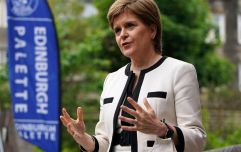 END_OF_DOCUMENT_TOKEN_TO_BE_REPLACED

Fransen, who is an independent candidate in Glasgow Southside, the same constituency as Nicola Sturgeon, confronted the SNP leader outside of a polling station in the city yesterday, as shown by footage posted on social media.

In the video, Fransen accuses Sturgeon of being an "absolute disgrace" after she "flooded" the local area with immigrants. The far-right campaigner has convictions for religiously-aggravated harassment.

Frason asks the First Minister: "What are you sorry for?" before continuing: "Mass immigration, Marxism?"

Sturgeon, who appears unscathed by the remarks, responds saying: "You're a fascist and a racist."

Franson rejects Strugeon's comment, saying: "I'm not a fascist. I've been on the ground speaking to locals who say you are an absolute disgrace."

As the heated discussion comes to an end, Sturgeon tells Fransen: "You are a fascist, you are a racist and the Southside of Glasgow will reject you."

In response to the video posted online, Sturgeon said on Twitter: "Glasgow Southside is the most diverse and multi-cultural constituency in Scotland - one of the many things that makes it so brilliant. I am confident it will unite today to utterly reject these fascists."

Glasgow Southside is the most diverse and multi-cultural constituency in Scotland - one of the many things that makes it so brilliant. I am confident it will unite today to utterly reject these fascists. https://t.co/ygPJRksO2d 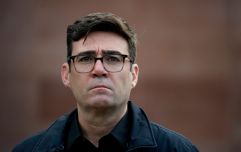 END_OF_DOCUMENT_TOKEN_TO_BE_REPLACED

In a clip posted online by the British Freedom Party, Fransen later tells a SNP supporter, who asks if she is a fascist: "I'm not fascist, just a normal, decent unionist patriot."

She added: "My grandfather fought the Nazis."

While she is member of British Freedom Party, Fransen is standing as an independent candidate, according to documents from Glasgow City Council, the Independent reported.

popular
'Super recogniser' draws 'accurate' modern Maddie McCann to help police find her
Jack Wilshere could be set to resume career with National League Wrexham
Liverpool's Diogo Jota somehow manages to miss easy finish against Wolves
Mum in jail for murder pays tribute to son, 6, killed by his dad and new girlfriend
Chilling video shows moment step mum tried to get away with murdering boy, 6
The JOE Friday Pub Quiz: Week 272
'I did three grams of coke during a game': Inside football's problem with Class A drugs
You may also like
Football
Nicola Sturgeon praises Scotland team for choosing to take the knee alongside England
News
Protestors block immigration van from leaving after Glasgow Eid raid
News
Nicola Sturgeon's SNP to win most seats but fall short of majority
News
WTF is going on with the SNP?
News
Alex Salmond set to take Scottish government to court, again
Next Page