A new strain of swine flu which has the potential to spread to humans and cause another pandemic has been identified in China.

The flu strain was was identified by researchers in China, according to a study in the US science journal Proceedings of the National Academy of Sciences.

Named G4, the flu is genetically descended from the H1N1 strain that caused a pandemic in 2009.

Researchers said it is carried by pigs, but can infect humans.

It possesses “all the essential hallmarks of being highly adapted to infect humans”, said the authors, scientists at Chinese universities and China’s Center for Disease Control and Prevention, in the study published on Monday.

Scientists in China detected the new virus after analysing 30,000 nasal swabs from pigs in slaughterhouses in 10 different Chinese provinces between 2011 and 2018.


Antibody tests have shown that one in 10 swine workers in the country have already been infected with the virus, while further tests showed that exposure to seasonal flu does not provide protection from G4. 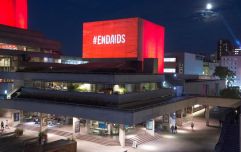 END_OF_DOCUMENT_TOKEN_TO_BE_REPLACED

The virus has been circulating since 2016, but researchers did not find any known significant illness in humans as a result of it.

While it has transferred from pigs to humans, it has yet to show it can transfer from human to human, with researchers warning that should this happen, it will have the potential to cause a human pandemic.

“It is of concern that human infection of G4 virus will further human adaptation and increase the risk of a human pandemic,” the researchers wrote.

Researchers warned that close monitoring of these environments is essential for preparing for the next potential pandemic.

"Systematic surveillance of influenza viruses in pigs is essential for early warning and preparedness for the next potential pandemic," they said.

"Close monitoring in human populations, especially the workers in the swine industry, should be urgently implemented."


popular
The JOE Friday Pub Quiz: Week 198
QUIZ: Name these 30 football badges
QUIZ: Guess the collective noun for the animal
QUIZ: Identify the 90s film from a single image
QUIZ: Can you beat the clock and name all 26 James Bond movies?
Here's how to see who's been taking screenshots of your Instagram Stories
QUIZ: Identify the brand from just its slogan