All you need to know.

In a statement, Matt Hancock, the minister of state for digital and culture, said that these changes will be "fully in place" by April as part of the Digital Economy Act 2018. If a website does not comply with these new rules, Internet service providers will be forced to fine and block them.

This new system will be monitored by the British Board of Film Censorship, but websites will be required to implement their own age checks.

How will they do this? 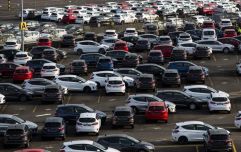 END_OF_DOCUMENT_TOKEN_TO_BE_REPLACED

Kilcock also expressed fears that MindGekik could monopolise and dominate the UK market. "They would then decide what privacy risks or profiling take place for the vast majority of UK citizens. Age verification risks failure as it attempts to fix a social problem with technology. In their recent manifestos, all three main political parties called for compulsory sex and relationship education in schools. Sex education would genuinely protect young people, as it would give them information and context."


popular
Grant Imahara, co-host of Mythbusters, has died aged 49
QUIZ: Identify 99 movies from the 90s by a single image
Clive Tyldesley replaced as ITV's main football commentator
Can you name every English football league club that begins with 'S'?
Wesley Sneijder begins training with fifth tier Dutch side, eyeing up top level return
The hardest quiz on The Simpsons that you'll ever take (Part One)
Macaulay Culkin reveals disturbing reason he left Hollywood as a child