Nadine Dorries has continued her deranged attack on trans sportspeople, telling British sports chiefs they must follow swimming's lead and limit women’s sports to "people born of the female sex". 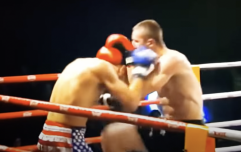 END_OF_DOCUMENT_TOKEN_TO_BE_REPLACED

On June 28, the Digital, Culture, Media and Sport told representatives from football, cricket, rugby, tennis, athletics and other sports that trans women competing alongside cis players is "inherently unfair".

She tweeted: "Just met with sport governing bodies to discuss trans participation. This is a complex and emotionally charged issue - but it’s one that has been ducked for too long. We can’t pretend that sex doesn’t have a direct impact on a person’s athletic performance.

"Asking women and teenage girls to compete against someone who was biologically born a male is inherently unfair.

"So today I have made my position absolutely clear: I expect sporting bodies to follow the policy that competitive women’s sport must be reserved for people born of the female sex.

END_OF_DOCUMENT_TOKEN_TO_BE_REPLACED

"We need to do this in a way that protects and shows compassion to all athletes – including the creation of open categories. But fairness in competitive sport has to take priority above all else.

"Some clear direction is long overdue – not only for athletes, but also event organisers and fans. There is evidently more to do to make sport fairer for female athletes."

Just met with sport governing bodies to discuss trans participation. This is a complex and emotionally charged issue - but it’s one that has been ducked for too long. We can’t pretend that sex doesn’t have a direct impact on a person’s athletic performance. (1/5) pic.twitter.com/J69U0wbNvS

END_OF_DOCUMENT_TOKEN_TO_BE_REPLACED

It comes after the International Swimming Federation (FINA) effectively banned trans women from competing at the highest level of competition by only allowing trans women who have 'not experienced male puberty' before the age of 12 to take part.

Dorries met with British sports officials after insisting that she would always pick "fairness" above "inclusivity" in an opinion piece for The Mail on Sunday. Following FINA's trans swimming ban, she praised the decision and stated that it is "impossible" for both trans and cis athletes to compete side-by-side.

The International Rugby League, FIFA and World Athletics have also either temporarily banned, or launched reviews, into their trans participation policies, which comes after national bodies such as British Triathlon and British Cycling did the same earlier this year.