She believes the dog to be an American Bully XL

A mum's puppy was violently attacked during a nightly walk that left its face ripped off by a dog described as looking like it was on "steroids."

On March 26, Lesley McGowan took her 11-month-old Griffon Bruxellois named Jolene for a walk to Dovecot Park alongside her other dog Jasper. Soon after arriving, they found a dog "charging towards" them "out of nowhere."

Speaking to the Liverpool Echo, McGowan said the attack happened at around 10pm.

END_OF_DOCUMENT_TOKEN_TO_BE_REPLACED

"I couldn't see the lad at first, because the dog was further up and off his lead, but I screamed to him 'get your dog, get your dog'," she said. "Then he came running over, I had to let my other dog Jasper go, because Jolene had ran around my ankles a couple of times and tangled me up in the lead - she was wanting me to save her."

Having fallen to her knees, presumably tangled in the lead, McGowan watched as the other dog "grabbed Jolene by the face and it had her by the snout."

The man's dog had its jaws around Jolene's face, at which point McGowan put her hands in the dog's mouth to try and prise them open. 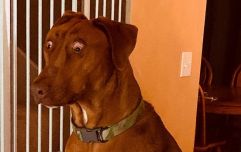 END_OF_DOCUMENT_TOKEN_TO_BE_REPLACED

"My dog was screaming like anything and I thought she'd died, but she just fainted. I still had hold of her but I was still tangled in the lead, so I was trying to pull her out of its mouth," she said. "She had a broken leg and her face was gone, and had a broken jaw. It bit right through Jolene and bit her jaw completely off and that's how she ended up getting free."

McGowan ran home with Jolene in her arms, and the vicious dog owner is believed to have simply left the park after the attack. Rushing her to a Medivet on Alder Road, vets sedated Jolene, who had woken up on the drive over.

Lesley added: "I just sat there in the vets, I didn't know what to say or do. When I got home, I was just waiting for the phone call."

McGowan heard back from the vet the following day when they informed her that Jolene had survived the surgery. Sadly, her heartbeat had "gone down and she ended up dying on Sunday morning."

"I had to break it to the kids that she died and they were devastated," she added, also explaining that the vets had seen three dogs injured in similar attacks in just 12 hours.

"His dog wasn't on a lead. My dog was on her lead and she didn't have a chance," she explained. "I'm almost sure it was an XL Bully, it looked like it was on steroids, it was huge. I told police it was either a Staffordshire Bull Terrier or an XL Bully cross.

"People need to have their dogs on a lead and have some thought for others. There are kids playing there and dogs like my little one - they stand no chance with these bigger dogs, especially if they're off the lead."

popular
Moment Jake Paul ends up in dramatic fight with YouTuber in club
Graeme Souness 'doesn't regret a word' of 'man's game' comments that sparked sexism row
Landlord faces £40k fine after tenant puts swimming pool on roof of flats
Man United have 'decided to sell' promising midfielder James Garner
Bulgarian mystic who correctly predicted Princess Diana’s death and 9/11 sees 2022 prophecy come true
Incredible case of the only known individual whose parents were two different species
Graeme Souness under fire for calling football a ‘man’s game' while sat with Karen Carney
You may also like
Life
A hotel booking platform is urging Brits to use suncream this summer... on their dogs
Weather
Dog's face after being stretchered off mountain on hottest day of the year says it all
News
Uni student reveals he eats dog food for breakfast, lunch and dinner to save money
News
Driving with a dog in your car could land you with a £5,000 fine
Life
Vets ask people to 'stop and think' before buying an English bulldog or flat-faced breed
Next Page