The Central Asian ethnic group known as the Uighurs, have been subjected to abhorrent levels of treatment and breaches in human rights for years at the hands of the Chinese government. There have been calls from all over the world for intervention, with progress having been slow thus far. 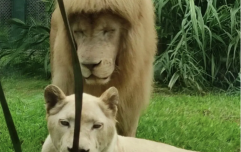 END_OF_DOCUMENT_TOKEN_TO_BE_REPLACED

Following a vote in the Commons yesterday, the UK government has officially condemned the acts as genocide and look set to ramp up pressure on China through the United Nations (UN). They will join both Canadian and Dutch parliaments in ruling the ongoing situation as genocide.

It is believed that as far back as 2018, if not even earlier, UN human rights committees had received "credible reports the Chinese were holding up to a million people in 'counter-extremism centres' in Xinjiang". Since then, images and insider footage has confirmed that Uighurs are being detained in a possible 380 internment camps.

While the state has labelled these "re-education camps" - the Uighurs being a traditionally Muslim people and Turkish-speaking - the induction is clearly against their will and the allegations are that there are more than a million men and women have been forced into an "oppressive system of mass surveillance, detention, indoctrination, and even forced sterilisation".

MP Nus Ghani MP informed Parliament that genocide is defined by an attempt to "destroy in whole or in part" a national, ethnic, racial or religious group, and that "all five criteria of genocide are evidenced as taking place in Xinjiang".

It is thought that the population from the Uighur region are unable to freely practice their religion, speak their language, or enjoy any freedom of thought. They have been discriminated against as far back as the 18th century and their persecution has only been exacerbated since Xi Jinping came to power in 2013.

Ghani went on to detail "brutal torture methods, including beatings with metal prods, electric shocks and whips" as well as women from the Uighur region being forcibly fitted with birth control devices, adding: "The Handmaid's Tale is a fairy tale compared to the reproductive rights of Uighur women."

She is one of five British MPs that have been targeted by the Chinese government, accused of spreading a “preposterous lie” by “anti-China forces", according to China's foreign affairs spokesperson, Zhao Lijian.

END_OF_DOCUMENT_TOKEN_TO_BE_REPLACED

As you can see in this footage from 2019, large crowds of blindfolded individuals are loaded onto large train carriages, with their arms and legs in shackles and their heads shaved. The parallels with Holocaust imagery are frightening and cannot be ignored.

END_OF_DOCUMENT_TOKEN_TO_BE_REPLACED

Despite criticism for a lack of action up till this point, the calls were the same across the benches. Labour's shadow Foreign Office minister, Stephen Kinnock declared, emphatically: "genocide can never be met with indifference or inaction" and it seems governments around the globe are starting to mobilise.

As reported in The Guardian, Senator Mario Rubio - who sits as vice-chair of the US select committee for intelligence - also had this to say: “One by one, democratic nations are calling out the Chinese government persecution of the Uyghur people. We cannot stand idly by while these horrific abuses continue.”