After serving less than a month in prison, MP Fiona Onasanya was released from HMP Bronzefield, Surrey, on Tuesday morning.

On January 29, the politician was sentenced to three months for perverting the course of justice, having lied to police in an attempt to avoid a speeding ticket. She had been caught by a speed camera travelling at 41mph in a 30-zone on July 24 but then denied that she was at the wheel.

Onasanya is in the process of appealing her conviction, which was subject to a complaint to the attorney general's office on the basis its punishment was unduly lenient. On Monday, that was formally rejected.

The Labour Party expelled the 35-year-old solicitor in December but she has so far refused to stand down from her Peterborough seat. Parliamentary rules stipulate that an MP can only be forced out if their jail sentence reaches 12 months. 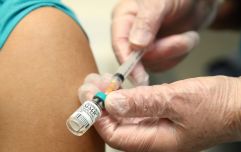 END_OF_DOCUMENT_TOKEN_TO_BE_REPLACED

At sentencing, she was told that she would serve half her term. The prosecution alleged that Onasanya colluded with her brother, Festus, to lie about who was driving the Nissan Micra when it was caught speeding in Thorney, Cambridgeshire.

Pleading guilty to three counts of perverting the course of justice, Festus Onasanya was sentenced to ten months in prison last month and remains in detention.

Onasanya was elected to represent Peterborough in the 2017 general election with a majority of just 607 over the long-term Conservative MP for the area, Stewart Jackson. Her time in the Parliamentary Labour Party was spent as a whip and personal private secretary to Nia Griffith, the shadow defence secretary.