"It's a crime that in its nature punishes poverty."

Mexico's supreme court has ruled that criminal penalties for abortion are unconstitutional, in a landmark ruling for the country. 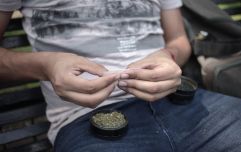 END_OF_DOCUMENT_TOKEN_TO_BE_REPLACED

Advocates are saying that the ruling now provides a clear path to the decriminalisation of abortion across Mexico.

The court ruled 10-0 that the northern state of Coahuila should remove sanctions for abortion from its criminal code, with several justices arguing that the prohibitions on a woman voluntarily ending her pregnancy violate their rights to control their own bodies.

Justice Luis María Aguilar wrote the court's reasoning for overturning the Coahuila law. She said: "It is not about the right to abortion.

"It’s rather the right to decide of women and persons able to gestate to make decisions."

The ruling in Mexico, the world's largest Catholic nation, comes just days after Texas introduced extreme new laws banning abortions after six weeks of pregnancy, and allowing citizens to report women that do seek abortions and those who help them.

There are going to be even more Texans (and others) going across the border into Mexico for legal, safe abortions. 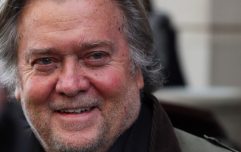 END_OF_DOCUMENT_TOKEN_TO_BE_REPLACED

In December, another major Latin American nation, Argentina, voted to decriminalise abortion during the first 14 weeks of pregnancy.

Currently, only four states in Mexico have decriminalised abortion during the first 12 weeks of pregnancy. Abortion is allowed across the nation in cases of rape or where the mother's life is in danger.

Justice Norma Piña Hernández said in her arguments: "According to a secular state, the defence and autonomy of privacy of women must be unconditional, according to her life plan, and presume that her decision is rational, deliberate and autonomous."

And the president of the court, Arturo Zaldívar, wrote: "The criminalisation of abortion punishes the poorest women, the most marginalised, the forgotten and most discriminated against, in the country. It’s a crime that in its nature punishes poverty."

Mexico's president, Andrés Manuel López Obrador, has so far declined to comment on the supreme court ruling, but has always shown little interest in the abortion issue. 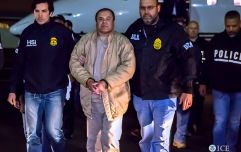 END_OF_DOCUMENT_TOKEN_TO_BE_REPLACED

Texas offers $10,000 reward for people who turn in women who want abortions