"I’ll take it with you Piers. I think you have to show leadership in these things."

Health Secretary Matt Hancock has said he is willing to take the new Covid-19 vaccine live on television, alongside Piers Morgan.

END_OF_DOCUMENT_TOKEN_TO_BE_REPLACED

It was announced that the UK regulator had approved the Pfizer/BioNtech Covid-19 vaccine on Wednesday morning.

After Good Morning Britain host Piers Morgan vowed that he would take the vaccine on live television, Matt Hancock has said that he will do the same.

"We would happily take it this if it helped, get the message over. I would take it live on air," Morgan told Matt Hancock on Wednesday's GMB. "I just feel like it's really important if we are going to get through this that enough people take it."

"I’ll take it with you Piers. I think you have to show leadership in these things," Hancock then suggested. 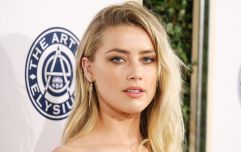 END_OF_DOCUMENT_TOKEN_TO_BE_REPLACED

"I’m serious, I’ll come to where you are, any time next week, if we can do this and let’s do it together live on air," replied Morgan. "It would be powerful. It would send the right message, If you take it, I take it, Susanna takes it,  Dr Hilary takes it. I think it will have an impact."

Matt Hancock did clarify though that he did not want to take the vaccine away from anyone who needed it ahead of them.

"We would have to get that approved because of course there is a prioritisation according to clinical need and thankfully as a healthy middle-aged man you are not at the top of the prioritisation but if we can get it approved… I’m up for doing that. "

‘The vaccine wouldn’t be approved if it wasn’t clinically safe.’

Health Secretary Matt Hancock explains how the UK regulator has made ‘rigorous’ safety check to allow the UK to become the first country in the world to approve the vaccine. @Piersmorgan | @susannareid100 pic.twitter.com/qtq5AmIFat 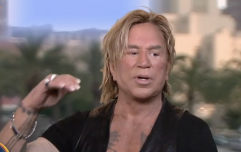 END_OF_DOCUMENT_TOKEN_TO_BE_REPLACED

Hancock also assured that the public that the vaccine was safe.

"The vaccine wouldn’t be approved by the regulator if it wasn’t clinically safe," explained Hancock.

"But also, what I would say is don’t listen to me, listen to the clinicians, listen to the experts, people like Jonathan Van Tam, JVT as he’s become known. He is an expert in these things. He’s said he’s called his mum and said, 'Mum if you get the call from the NHS make sure you get there and get vaccinated.'"

popular
Multiple fatalities after planes collide mid-air over airport
Andrew Tate banned from Instagram and Facebook
Incredible case of the only known individual whose parents were two different species
Footage emerges of Andrew Tate getting knocked out during kickboxing bout
The JOE Friday Pub Quiz: Week 308
Court hears cringeworthy poems Ryan Giggs wrote to his ex
Rishi Sunak names his usual Maccies order - but it was withdrawn more than 2 years ago
You may also like
Entertainment
Piers Morgan took a piglet on his show and people don't know 'what the f*** is going on anymore'
News
'Dinosaur lady' wins internet with baffling Question Time remark on rail strikes
Entertainment
Awkward moment Piers Morgan is a called a c**t by a guest on his own talk show
Entertainment
Piers Morgan ratings for new show completely bomb less than a week after boasting over launch
Entertainment
Piers Morgan left hanging by Tyson Fury in painfully awkward exchange
Next Page