Martin Lewis has shared his advice about what to do in response to the significant rise in energy costs. 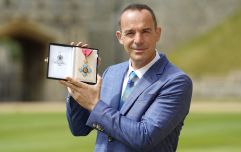 END_OF_DOCUMENT_TOKEN_TO_BE_REPLACED

On Thursday, the energy regulator Ofgem confirmed energy bills will rise by £693 in the UK from April 1 - taking bills from £1,277 to an eye-watering average of £1,971 a year.

With National Insurance set to increase in April and the general cost of living forecast to rise this year, families will be determined to save money in any way possible to brace for what will undoubtedly be a very tough year for millions across the nation.

So, the Money Saving Expert has issued households with some tips about how they should react, as reported by the Mirror. 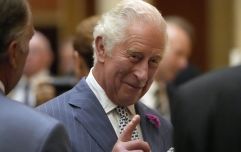 END_OF_DOCUMENT_TOKEN_TO_BE_REPLACED

Before the energy crisis, customers would be encouraged to shop around for a cheap deal, instead of rolling on to the price cap.

However speaking on his ITV show on Thursday night, Martin Lewis said there is currently no fixed rate on the open market that beats the energy price cap.

He revealed what he predicts could happen next and said most people should continue to “do nothing” with their energy bills.

According to Lewis, the price cap is expected to rise again in October, with some experts predicting a further 20 per cent increase if wholesale rates stay the same - potentially pushing it above the £2,300 mark. 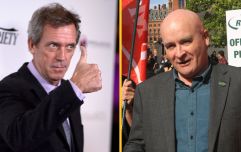 END_OF_DOCUMENT_TOKEN_TO_BE_REPLACED

He said: “I’ve done the numbers - I’ve had to make a lot of assumptions, I don’t have a crystal ball. If we assume that in October, the price cap stays where it is in April, you would have to find a fix that is less than 44% more expensive than where we are right now for it to be worth fixing.

“If we think it’s going to go up in October, as that line [on the graph] shows by 20%, you’d need to find a fix that is now more than 59% more than the price cap today.

“Of course, anything could happen - but there ain’t no market fix that you should be going for right now.

“Maybe some existing customers in certain circumstances with high or low use might find one in these yellow lines [on the graph] but the message for most people: do nothing. Stick on the price cap. Don’t fix.”

popular
British bank says it will give customers £175 cash for free
Brits who snore could get £156 in DWP benefits every week
Incredible case of the only known individual whose parents were two different species
People are sharing 'evidence' that history's biggest event was staged by humans
Frankie Boyle delivers horrifying but hilarious takedown of Rishi Sunak
TikTokers are utterly convinced there is a secret zombie apocalypse going on in China right now
Antonio Conte reportedly told Thomas Tuchel to 'f**k off' multiple times before bust-up
You may also like
Life
Martin Lewis warns energy price cap could soar close to £3,000 in October
Life
Martin Lewis breakdown how much you can actually get from government energy bill support
Life
Martin Lewis forced to apologise for calling Ofgem 'f***ing disgrace' in explosive rant about energy prices
Life
Martin Lewis' issues warning over £150 council tax scam
Life
Sky customer reveals how changing your contract could save you up to £600
Next Page