Bull running is frowned upon by non-locals

A 55-year-old man has died from injuries that he sustained after being gored by a bull at an event in the eastern Spanish town of Onda.

At the Fira de Onda festival over the weekend, a man was repeatedly attacked by the bull, reports the BBC.

Revellers run with Puerto de San Lorenzo's fighting bulls along Calle Estafeta during the second day of the San Fermin Running of the Bulls festival on July 7, 2018 in Pamplona, Spain/Via Getty
Advertisement

During such events, participants run in front of a herd of bulls which are released in portions of the town. 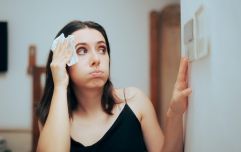 END_OF_DOCUMENT_TOKEN_TO_BE_REPLACED

The runner suffered an enormous head wound and his thermal artery was punctured in his left thigh. The man was rushed to a hospital in the nearby town of Villareal but later died from his injuries.

Onda council have since cancelled all bull-running events during the festival but all other events will continue as planned.

Medical staff takes care of an injured reveller who ran with the Puerto de San Lorenzo's fighting bulls during the second day of the San Fermin Running of the Bulls festival on July 07, 2019 in Pamplona, Spain/Via Getty 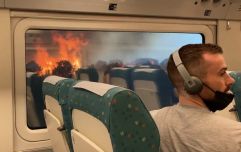 END_OF_DOCUMENT_TOKEN_TO_BE_REPLACED

Having previously stopped the events due to covid restrictions, this marks the first fatality since the running resumed.

Since 1910, at least 16 runners have lost their lives during the San Fermín festival in Pamplona.

Questions around the morality of such events have surged recently, which has meant that many bull-running events have not started back up at all. Though communities who celebrate the event are usually unified in their belief, outsiders tend to frown upon the tradition.

Many fear that the bulls are treated unfairly and deliberately riled up to create more interesting entertainment.

In response, the Running of the Nudes event popped up in 2002. Instead of angry bulls, locals get undressed and instead clad themselves in bull-like horns and decorations. These events, which usually take place a week before the bull running, are supported by animal welfare groups like PETA.

Though the response from locals was initially negative, reports suggest they have come around due to changes in morals and the treatment of animals.