The story was reported by the Limerick Leader newspaper in Ireland on Tuesday afternoon.

A Moroccan national resident in Limerick is being questioned by Irish police after the discovery of documents believed to be in the name of Rachid Redouane.

Redouane is one of three men identified as being responsible for the attack in London in which seven people were killed and a further 48 were injured on Saturday night.

According to the Limerick Leader, the Moroccan national was arrested in Limerick on Monday night on foot of information received from the UK police.


Irish police conducted a search of his property following the arrest and are believed to have found documents in the name of Redouane, who lived for a period in Rathmines in Dublin and was married in Ireland. 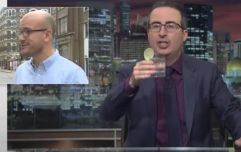 END_OF_DOCUMENT_TOKEN_TO_BE_REPLACED

Sources told the Limerick Leader that the man has been living and working in Limerick for some time and that he may have lived elsewhere in Ireland prior to moving there.

It is not believed that the Moroccan national – who is being questioned by detectives attached to the Garda National Immigration Bureau (GNIB) – has been radicalised, but Irish police are seeking to find out how he came to be in possession of the documents.

You can read more on the story on the Limerick Leader website here.