Who wants to take some selfies?

A student from Indonesia has allegedly become a millionaire after taking selfies for five years and then turning them into non-fungible tokens (NFTs). 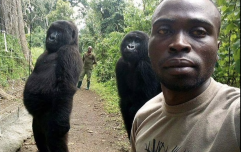 END_OF_DOCUMENT_TOKEN_TO_BE_REPLACED

Sultan Gustaf Al Ghozali, 22, took a selfie every single day for five years. Each photo is very similar and shows him staring into the camera with zero emotion. Initially, Ghozali had intended to create a time-lapse video using the images that he would share on graduation day, hoping to show the transformation over a five year period.

But the student has come a long way since and now people shell out thousands for his content. Initially, Ghozali priced the images at 0.00001 ETH ($3) but now they are going for more than $12,000 a pop.

Detailing his journey on Twitter on January 10, he wrote: "Uploading my photo into NFT lol." 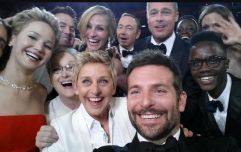 People who take regular selfies aren't as hot as they think they are, claims new study

END_OF_DOCUMENT_TOKEN_TO_BE_REPLACED

By the end of that day, the very lucky student had sold 200 of his selfies as NFTs.

"I was thinking it might be funny if one of the collectors collected my face," he told AFP. "I never thought anybody would want to buy the selfies, which is why I only priced them at $3."

However a celebrity chef buying an image suddenly blew up the business. Now, on NFT marketplace OpenSea, his photos are being sold for 4ETH- which is around $12,508.

The entire collection, which is titled Ghozali Everyday, is now worth a mind-blowing 374 ETH - or $1.2m.

"To be honest I still haven't got the courage to tell my parents, they would be wondering where I got the money from," he said.

Rather than squander his hard-ish earnings, Ghozali intends to set up his own animation studio.

popular
Woman reveals cruel reason date dumped her after they had sex for the first time
Kylian Mbappe asked PSG to sell Neymar and replace him with Ousmane Dembele
Leeds and Burnley demand Everton keep all documents in finances row
Topless woman crashes Cannes Film Festival red carpet to protest 'sexual violence' in Ukraine
The JOE Friday Pub Quiz: Week 295
Dog owners warned this gesture from pet could be a sign of illness
Fan 'stamped on by Oli McBurnie' feared he was 'going to die'
You may also like
Life
A girl's 'skinny legs' mirror selfie is freaking out the entire internet
Tech
The introduction of the 'Elsie' could make selfies a thing of the past
Life
Drunk student uses Snapchat-filtered photo on ID - somehow it gets accepted
Life
This sloth has somehow managed to justify the existence of selfie sticks
News
An embarrassing screw-up has led to the invention of the first ever "selfie bench"
Next Page