kEeP pOlItIcS oUt Of FoOtBaLl

They say you should keep politics out of football, don't they? They say that a sport in which teams representing different regions play against each other, with local fans uniting under a badge and a set of values supporting said teams. They say that when the cause in question is one they don't like. Then they come out and fly a banner over a stadium displaying the words, "World knows Trump won #MAGA." 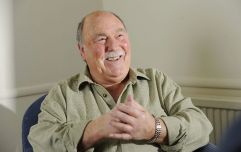 END_OF_DOCUMENT_TOKEN_TO_BE_REPLACED

This false and dangerous rhetoric is of course regarding the US election, which Donald Trump is on the verge of losing as Joe Biden appears to have won Pennsylvania. Never one to admit defeat with any grace, Trump and his campaign are spreading dangerous misinformation, making baseless claims of voter fraud and proclaiming an early victory.

It's not yet clear who paid for the banner, but whoever flew it over Goodison Park has evidently bought Trump's misinformation, which should worry everyone.

In the football, meanwhile, Manchester United went into the half time break 2-1 up. Everton took the lead through Bernard with a near post finish that De Gea really should have stopped, before Bruno Fernandes drew level with a thumping header.

A brilliant header from Bruno Fernandes 🙌

United then took the lead as Marcus Rashford tried to connect with a Fernandes cross but appeared to make no contact with the ball as it curled in off the far post.

Marcus Rashford scores to give Man Utd the lead...

It looked like he buried the header, but replays suggest that's Bruno Fernandes' goal! 🇵🇹 pic.twitter.com/brG8wypFPc