Madeleine McCann would be turning 18 in the coming weeks, as her parents issued a heartfelt message on their official 'Find Madeleine' page on Facebook during the run up to the 14th anniversary of their daughter's disappearance. 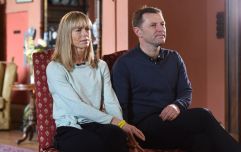 END_OF_DOCUMENT_TOKEN_TO_BE_REPLACED

Madeleine disappeared from the popular Algarve resort of Praia da Luz in Portugal on 3 May in 2007.

Her parents, Kate and Gerry, said they will never stop believing in 'hope', as their daughter has been missing for almost 14 years.

Posting on their 'Official Find Madeleine Campaign' Facebook page, the McCanns said: "Never stop believing in hope because miracles happen ever day. Want to send a heartfelt thank you to all who continue to be by our side."

They added: "We still Believe in Miracles."

Nothing much to report. Want to send a heartfelt thank you to all who continue to be by our side. We still Believe in Miracles. 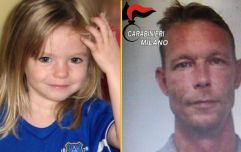 END_OF_DOCUMENT_TOKEN_TO_BE_REPLACED

The post received hundreds of comments full of support for the couple.

Madeline would have turned 18 in just a few weeks' time, on 12 May.

Despite German police claiming that they have evidence that Madeleine is dead, the McCanns still think that their daughter could be alive today.

Christian Brueckner, who is currently in prison for raping a 72-year-old woman in Praia da Luz, was identified as a suspect for Madeleine McCann's case by German police last summer.

However, a small team of Metropolitan Police officers say they do not have any evidence that Madeleine McCann is dead and the case is still being treated as a missing person's inquiry, as reported by the Mirror.