The documentary, featuring details about the night Madeleine went missing, has only been available on the streaming site for two days but it's already received a major reaction. 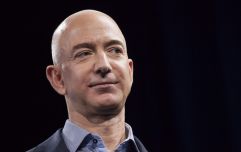 END_OF_DOCUMENT_TOKEN_TO_BE_REPLACED

Much has been made of the fact that Madeleine McCann's parents, Gerry and Kate, do not appear in the documentary entitled The Disappearance of Madeleine McCann and a new statement attempts to explain why.

According to reports, Kate and Gerry are of the opinion that getting involved in the documentary could "hinder the investigation".

Furthermore, they have said that the new docu-series concerning the disappearance of their daughter does not reflect their views.

"We did not see – and still do not see – how this programme will help the search for Madeleine and, particularly given there is an active police investigation, it could potentially hinder it.

END_OF_DOCUMENT_TOKEN_TO_BE_REPLACED

"Consequently, our views and preferences are not reflected in the programme."

The Disappearance of Madeleine McCann features lengthy interviews with people who have worked on the case and with friends of the McCann family.

The documentary includes information on the night that Madeleine disappeared and details of the police investigation which followed.

The three-year-old went missing on the 3 May 2007 while on a family holiday with her parents and younger siblings in Praia da Luz, a resort in the Algarve.

popular
Conor McGregor deletes disgusting tweet about Khabib's dead father
New video of Wayne Rooney on night of ‘stitch up’ pics emerges
A definitive ranking of every swear word from worst to best
Filipino Olympic weightlifter will be given $660,000 and 2 houses for winning country's first gold
Here's how to see who's been taking screenshots of your Instagram Stories
Man who claims he’s Charles and Camilla’s child is now using his son as ‘proof’
Rooney calls police after hotel pictures with semi-naked girls go viral
You may also like
Sport
Aussie coach apologises after wild celebrations go viral
News
Starmer says Butler was right to call PM a liar, but was rightly removed from Parliament
News
Second judoka drops out of Olympics before facing Israeli
News
Rooney calls police after hotel pictures with semi-naked girls go viral
News
New Covid variant under investigation in the UK, PHE says
Next Page