What was the worst thing about your school? Whatever it was, it probably wasn’t as bad as being full of false widow spiders. 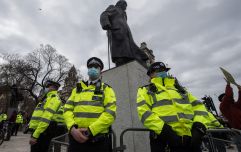 END_OF_DOCUMENT_TOKEN_TO_BE_REPLACED

Four schools in East London have been closed for up to a month while pest control is called in, after infestations of the venomous eight-legged creatures were found on the premises.

Two primary and two secondary schools in the London Borough of Newham have been closed – including Rokeby secondary in Canning Town, which is set to remain shut until October 27th.

Nearby Star Lane Primary is closed until Friday, and Lister Community School in Plaistow and Ellen Wilkinson Primary in Beckton have been shut until further notice.

All the affected schools are within a two-mile radius.

Pupils were sent home early after the infestation was discovered.

False widow spiders are considered the most dangerous spiders in the UK. Unlike the black widow which they are often confused with, they are not deadly but their bites can cause considerable swelling.

“The spiders only bite if mishandled or provoked,” said a Newham Council spokeswoman. “The venom is not particularly potent. 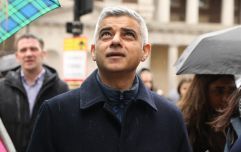 END_OF_DOCUMENT_TOKEN_TO_BE_REPLACED

“The schools are being treated and fumigated and we are working with the schools to ensure that children can continue to receive an education whilst their school is closed. Pupils are being set work via the schools and will remain in contact with schools.

“We are asking all our schools and nurseries to proactively check their premises carefully for these spiders and if they see any signs, then contact environmental health or pest control.”