The YouTuber thinks he 'isn't a bad looking thumb'

Logan Paul has made another prediction, but this time it's far more realistic. 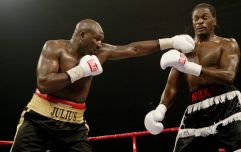 END_OF_DOCUMENT_TOKEN_TO_BE_REPLACED

The YouTuber-turned-boxer thinks he'll be completely bald within five years.

The 27-year-old currently has a full head of hair but in a recent promotional video with KSI, the former rivals, decided to go bald in a bid to promote their new energy drink, PRIME, after claiming that baldness was what successfully people have in common.

Paul sighted Jeff Bezos, Michael Jordan and Dr Phil as examples of hairless men that had made it big. 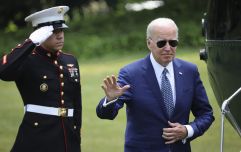 END_OF_DOCUMENT_TOKEN_TO_BE_REPLACED

Balding came up again Sunday, when Paul was guest in the True Geordie podcast, with the influencer predicting: "I'm gunna (sic) be bald in like five years. So when I have hair I need to make sure it looks f**king good."

True Geordie host, Brian Davis, asked Paul if he was "genuinely" worried about losing his hair.

Davis then asked him if he would consider hair replacement surgery and treatments, "would you do that?" 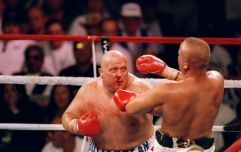 END_OF_DOCUMENT_TOKEN_TO_BE_REPLACED

Paul replied:"Yeah, I'm going to Turkey baby, yeah I'm plugging my scalp up, I don't give a f**k."

Speaking about his recent promotional video, Paul explained that he wanted to see if he looked bad, bald.

"It turns out I'm not a bad looking thumb," he joked.

True Georgie, who shaves his head, added: "People need to understand that us men who shave our heads, we're really killing the game because it ain't easy to look good with a shaven head."

Paul responded: "100 per cent, 100 per cent, what if your scalp is weird? I got a lemon head brother and three scars running down this f**king side, like I got scars all over my head."