An incredible gesture from the club

Liverpool Football Club are stepping to fill the gap left by the Conservative party, who on Wednesday voting against extending the free school meals scheme beyond the half-term.

END_OF_DOCUMENT_TOKEN_TO_BE_REPLACED

Pressure was put on Tories to extend the scheme, which helps feed some of the poorest families in the country, with footballer Marcus Rashford continuing his campaign - which has so far raised millions.

Despite this, the scheme will not be extended after Tories voted in favour of allowing poor children to go hungry.

The motion, put forward by Labour in the House of Commons, would not have been binding but would have heaped additional pressure on the government. 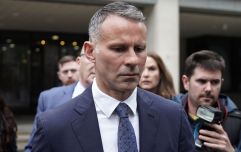 END_OF_DOCUMENT_TOKEN_TO_BE_REPLACED

As a result, Liverpool have announced that they will donate 1,000 free meals to families in the Anfield area through its Red Neighbours community programme.

According to the Liverpool ECHO, the club will also make a £200,000 donation to the North Liverpool Foodbank.

Manchester United striker Rashford has been a vocal proponent of the free school meals scheme, enlisting the help of major food brands and companies to help raise money for his cause.

Last month, Liverpool left-back Andy Robertson praised the forward, saying: "Once the fans are back in, Marcus Rashford could be the first Manchester United player to get a standing ovation here. He'd definitely deserve it because thousands of families are getting fed now."