Or you don't really care about Liam Gallagher, which is an entirely reasonable position to take. Nevertheless, if you enjoy music of a popular variety, his name will crop up from time to time.

You might be aware that he's got a solo album on the way, his first since the breakup of Oasis and his follow-up band Beady Eye. NME put out a tweet inviting speculation as to what Gallagher's new album might sound like.

What will the new Liam Gallagher album sound like? https://t.co/sABW8nIsXp pic.twitter.com/AP0nkNfvUm

Now we don't know if NME were deliberately stoking the flames or if it was just an innocent tweet, but some of the responses to the question have been nothing less then brutal. 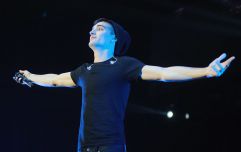 END_OF_DOCUMENT_TOKEN_TO_BE_REPLACED

But not all of the comments were negative, some of them were actually quite complimentary and positive.

Oh no, wait, no. They were literally all slagging it off.

It's a bit harsh, to be honest. For all these people know, Liam Gallagher could release the greatest album of all time, but even if it sounds like a man being hit with a fish, hey - it could have been worse.