Hubbard was described by selectors as "among the world's best for her event."

New Zealand weightlifter, Laurel Hubbard, has been selected to compete at Tokyo 2020 this summer, making her the first transgender athlete to compete at an Olympic Games.

END_OF_DOCUMENT_TOKEN_TO_BE_REPLACED

Officials have selected her for the women's weightlifting team.

Hubbard had competed in men's events before coming out as transgender in 2013.

She became eligible for selection after new rule changes from the International Olympic Committee (IOC) in 2015, which allow athletes with reassigned genders to compete in male or female sports, so long as they fall within the right testosterone levels (10 nanomoles per litre for at least 12 months).

She will compete in the women's 87-kg category.

In a statement released by the New Zealand Olympic Committee, Hubbard said: "I am grateful and humbled by the kindness and support that has been given to me by so many New Zealanders.

"When I broke my arm at the Commonwealth Games three years ago, I was advised that my sporting career had likely reached its end. But your support, your encouragement, and your aroha carried me through the darkness.

"The last 18 months has shown us all that there is strength in kinship, in community, and in working together towards a common purpose. The mana of the silver fern comes from all of you and I will wear it with pride." 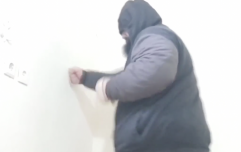 END_OF_DOCUMENT_TOKEN_TO_BE_REPLACED

However, some critics argue that although Hubbard's testosterone levels are within the requirements to compete, she will still have an unfair advantage over other competitors.

Critics say that Hubbard will have the biological advantages of those that have gone through puberty as males, such as increased bone and muscle density. Female weightlifter, Anna Vanbellinghen, had previously said that if Hubbard were to compete at the Olympics, it would feel "like a bad joke," and that the principle of inclusion should not be "at the expense of others."

Former Team GB swimmer Sharon Davies is a vocal critic of transgender athletes competing in female sports, and tweeted her unhappiness with Hubbard's selection for the games. 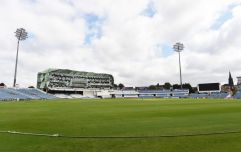 END_OF_DOCUMENT_TOKEN_TO_BE_REPLACED

Meanwhile, Save Women's Sport Australasia, a group that campaigns against transgender athletes competing at women's competitions, has also criticised Hubbard's selection, saying that allowing "biological males to compete in the female division removes the basis of equality between men and women."

In a statement, a spokeswoman for the group said: "Typically, male and female weightlifters achieve their peak in their mid-twenties, then performance declines with increasing age.

"But because of an obvious and significant biological advantage, 43-year-old Hubbard has outperformed every New Zealand female weightlifter operating at their peak in the same class, thereby costing them the opportunity to represent their country at the highest level.

"Everyone is entitled to participate in sport and should be encouraged to. We divide sport by sex, age, and capability to ensure fairness and player safety. We understand the desire to be inclusive of diversity, however this should not be at the expense of potential injuries and opportunities for biological women."

Hubbard competed at the Commonwealth Games in 2018, despite the Australian weightlifting federation trying to have her barred from the games. In the end she had to withdraw with an injury.

However, New Zealand's government and country's top sporting body have come out in support of Hubbard.

"As well as being among the world's best for her event, Laurel has met the IWF eligibility criteria, including those based on IOC Consensus Statement guidelines for transgender athletes," New Zealand Olympic Committee chief executive, Kereyn Smith said.

"We acknowledge that gender identity in sport is a highly sensitive and complex issue requiring a balance between human rights and fairness on the field of play," he added.

"As the New Zealand team, we have a strong culture of 'manaaki' (respect) and inclusion and respect for all."

The head of Olympic Weightlifting New Zealand, Richie Patterson said that Hubbard had shown "grit and perseverance" to recover from a serious injury she suffered in 2018, and that the organisation "look forward to supporting her in her final preparations towards Tokyo."