On the last day of campaigning before the General Election, Labour leader Jeremy Corbyn has announced that Shadow Home Secretary Diane Abbott will step down indefinitely.

Corbyn said that Abbott, MP for Hackney North and Stoke Newington, had been unwell for a “couple of days” and would be taking time away from the campaign to recover. 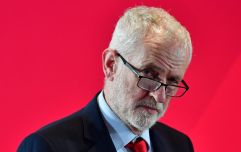 END_OF_DOCUMENT_TOKEN_TO_BE_REPLACED

Abbott will be replaced by Lyn Brown, Shadow Minister for Policing, “for the period of her ill health,” Corbyn said.

“Of course Diane is somebody that works extremely hard and represents her community very well," the Labour leader told BBC Breakfast. "I have to say [she] has received totally unfair levels of attack and abuse not just recently - over many years.”

Abbott has faced an onslaught from the Conservatives and the right-wing press over a number of difficult interviews. She had pulled out of a number of media appearances in the closing days of Labour's election campaign.

She also featured on the front page of Wednesday's Daily Mail, alongside Corbyn and Shadow Chancellor John McDonnell, under the headline "Apologists For Terror".

Abbott was first elected as MP for Hackney North and Stoke Newington in the 1987 general election, becoming the first black woman to have a seat in the House of Commons.