Seven MPs have resigned the Labour Party citing Jeremy Corbyn's approach to Brexit, anti-Semitism and "hard-left" policies as factors in their decision to quit.

The group are not yet forming a new political party but will sit together in parliament.

Speaking at a press conference on Monday morning, Berger said: "This morning we have all now resigned from the Labour Party. This has been a very difficult, painful, but necessary decision.

"We represent different parts of the country, we are of different backgrounds, we were born of different generations, but we all share the same values.

"From today, we will all sit in Parliament as a new independent group of MPs."

She added that as a Jewish woman she was "ashamed" to continue as a Labour member and that anti-Semitism was institutionalised in the party.

Ann Coffey: "I am proud of the achievements of the last Labour government, I thought I would be in the party for the rest of my life... but it is no longer a broad church" #LabourSplit pic.twitter.com/bef1dtDtxo 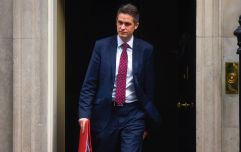 END_OF_DOCUMENT_TOKEN_TO_BE_REPLACED

Responding to the move, Labour leader Jeremy Corbyn MP said he was "disappointed" that the MPs had chosen to quit his party.

He said: "I am disappointed that these MPs have felt unable to continue to work together for the Labour policies that inspired millions at the last election and saw us increase our vote by the largest share since 1945.

"Labour won people over on a programme for the many not the few – redistributing wealth and power, taking vital resources into public ownership, investing in every region and nation, and tackling climate change.

"The Conservative Government is bungling Brexit, while Labour has set out a unifying and credible alternative plan. When millions are facing the misery of Universal Credit, rising crime, homelessness and poverty, now more than ever is the time to bring people together to build a better future for us all."

You may also like
News
Let's talk about Islington: The tiny borough that everyone derides
Politics
PMQs: Boris Johnson and Jeremy Corbyn clash over coronavirus and Priti Patel bullying allegations
Politics
Labour leadership: Who is Rebecca Long-Bailey?
Politics
Who will win the ideological battle for the Labour party?
News
Rory Stewart on lessons from the 2019 general election
Next Page