Labour hold onto Batley and Spen by 323 votes

In the early hours of Friday morning, it went to the wire at the by-election count

Kim Leadbeater won the Batley and Spen by-election for the Labour party today on a tiny margin of victory, beating the Conservative in second place by just 323 votes.

END_OF_DOCUMENT_TOKEN_TO_BE_REPLACED

The result in Batley defies expectations, with pollsters predicting a comfortable Conservative gain, similar to the result in Hartlepool a couple of months ago. 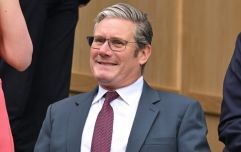 END_OF_DOCUMENT_TOKEN_TO_BE_REPLACED

That by-election astounded British politics with its colossal swing and majority to the Conservatives away from Labour. But a couple of weeks later and it was the Tories taking a hammering, as the Lib Dems stole former safe seat Chesham & Amersham on a 25 per cent swing.

So Batley is the third in an unexpected series of results.

Leadbeater succeeds her late sister Jo Cox in Batley and Spen - also the constituency in which the former MP was murdered by a far right terrorist.

16 candidates stood in the contest, with turnout at 47.6 per cent.

The top standings are as follows:

Leadbeater said the electorate had "rejected division and voted for hope" in her victory speech, while also paying more than the customary mention to the police. "Sadly I've needed the police more than ever over the past few weeks," she said.

Events on the campaign trail turned ugly as polling day approached, with Leadbeater, herself a gay woman, being harangued in the street by an anti-LGBT right campaigner.

Other Labour activists reported being assaulted while leafleting in the constituency.

Minutes away from where her sister was killed by a far-right terrorist, @kimleadbeater faces down an aggressive male stranger. pic.twitter.com/NjMuFMFHGr

"Kim ran a positive campaign of hope, in the face of division," he said.

"She will be an outstanding Labour MP for Batley and Spen."