London's King's Cross Station has been closed and evacuated after England fans set off flares outside ahead of the Euro 2020 final. 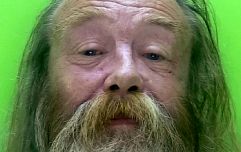 END_OF_DOCUMENT_TOKEN_TO_BE_REPLACED

Metro reports that the white and red smoke let off by the flares set off fire alarms at the station, which triggered the alert to evacuate the stadium.

Passengers had been advised to replan their journey. The station has now reopened though.

The station's Twitter account tweeted: "Services are expected to be busy today as fans head to #Wembley for the England v Italy Euro 2020 Final.

"Please check your journey via @nationalrailenq and allow plenty of time."

British Transport Police said that they received reports of an incident at 12.40pm and the station was reopened at 1.07pm.

Scenes at King’s Cross - loads of #England fans setting off flares that lead to smoke alarms going off triggering evacuation of the station! This is at least 8 hours before kick off.. 😳 #ENGvITA #Euro2021 #Euro2020Final pic.twitter.com/vpW1iVsF78

The atmosphere is ramping up in London, with fans gathering across the capital ahead of England's historic clash this evening.

Videos shared online show fans chanting and singing in Leicester Square, whilst some climbed on top of a bus.

And as you'd expect, there are already massive queues outside pubs across the land as fans look to make sure that they are suitably hydrated ahead of kick off.

The Centre for Retail Research (CRR) has said in a report that it expects £180 million to be spent in hospitality venues on Sunday. It is estimated that by the time the European Championships are over, £815 million will have been spent in pubs and bars, with 322.6 million pints purchased by punters.

popular
Wagatha Christie: Wayne Rooney describes 'awkward' moment he asked Jamie Vardy to get his wife to 'calm down'
Johnny Depp's lawyers reveal poignant reason why actor refuses to look at Amber Heard in court
Awkward moment Piers Morgan is a called a c**t by a guest on his own talk show
Julia Fox says Amber Heard was not 'powerful enough' to abuse Johnny Depp - and people are divided
FootballJOE's Career Path Quiz: #6
UK’s Sam Ryder may have actually come third amid possible Eurovision voting scandal
Amber Heard admits she didn't honour promised $3.5m donation to civil liberties group with $7m from Depp divorce
You may also like
Sport
Teenager jailed for racially abusing Marcus Rashford after missed penalty
Sport
Declan Rice admits England got tactics wrong in Euro 2020 final
Sport
'We were powerless' - Kasper Schmeichel recalls the events of Christian Eriksen collapse
Sport
Christian Eriksen is training alone at his former club
Sport
Alvaro Morata says criticism left him not wanting to get out of bed
Next Page