Labour leader Keir Starmer has come under heavy criticism after a caller on LBC peddled a white supremacist myth and was not challenged.

END_OF_DOCUMENT_TOKEN_TO_BE_REPLACED

Starmer was appearing on Nick Ferrari's LBC programme, taking calls and answering questions from the British public when the incident occurred. 'Gemma from Cambridge' called in to discuss the issue of Millwall fans audibly booing their own players for taking the knee before kick-off last weekend.

The Labour leader had been explaining to Ferrari why he still believes taking the knee is an important gesture in order to "keep the focus" on the fight against racism, despite leading figures such as Les Ferdinand saying it had become a hollow gesture.

The caller then explained why her husband supposedly chose to join in on the booing at The Den.

"Because, if anything, the racial inequality is now against the indigenous people of Britain, because we are set to become a minority by 2066," she said, peddling a white supremacist myth.

"Bringing the political sphere into the football arena... You just have to look across to the Middle East. Israel has a state law that they the only people in that country to have self-determination. Why can't I, as a white British female, have that same right?" she asked.

Ferrari then handed Starmer the chance to respond to Gemma and highlight the inaccuracies in the myths rooted in racism she had been promoting.

Starmer said: "Gemma, we all have those rights. This is about recognising some injustices have been going on for a very long time and I think people were genuinely moved this year and want to make sure that those injustice is dealt with.

END_OF_DOCUMENT_TOKEN_TO_BE_REPLACED

"People will look at it different ways, but I think the vast majority of people do want a more equal society."

His response has since been criticised for failing to address Gemma's comments which propagate the 'Great Replacement' myth, also known as the white genocide conspiracy theory.

The far-right conspiracy theory claims that white Europeans are being replaced by people of other ethnic groups through a slow genocide.

Activist and journalist Owen Jones said: "There needs to be a full explanation and apology from Labour's leadership about this diabolical failure to challenge full-blown white supremacism on national radio."

There needs to be a full explanation and apology from Labour's leadership about this diabolical failure to challenge full-blown white supremacism on national radio.

(Watch this 1:10 in, I nearly clawed my eyes out) pic.twitter.com/kUoCpgAOWP 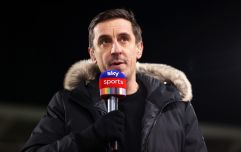 END_OF_DOCUMENT_TOKEN_TO_BE_REPLACED

Journalist Daniel Harris tweeted: "Is a Labour leader who understands racism and antisemitism really too much to ask for? Jesus."

Labour councillor Ali Milani tweeted: "For years Labour ran in fear on the issue of immigration. Refused to lead the argument and cowered to “focus grouped” lines. And where did that lead us? To hostile environments, to meteoric rises in hate crime, to Brexit & into the arms Boris and Trump. We can’t do this again."

Labour MP Nadia Whittome, who was sacked from the shadow cabinet by Starmer for disobeying instructions on a key Commons vote, tweeted: "This is a ‘Great Replacement’ conspiracy theory as old as time. We must be able to recognise and robustly challenge white supremacy - especially when it is promoted on national radio."

Faiza Shaheen echoed the thoughts of many people becoming more disillusioned with both major parties, saying: "Tbh there's part of me just shutting down completely from the UK political scene. It just feels like no one has our back here now, and it is just too painful. Keir Starmer, let me say this directly, this is absolutely unacceptable."

Tbh there's part of me just shutting down completely from the UK political scene. It just feels like no one has our back here now, and it is just too painful.@Keir_Starmer let me say this directly, this is absolutely unacceptable https://t.co/hmNFxoWrlH