A judge has scheduled a resentencing hearing to reconsider the 110-year sentence of truck driver Rogel Aguilera-Mederos. 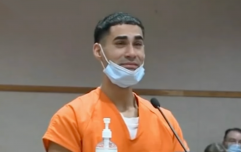 END_OF_DOCUMENT_TOKEN_TO_BE_REPLACED

Aguilera-Mederos was sentenced to the prison term after a 2019 crash left four dead and several others injured in Colorado following a malfunction in the brakes of his truck.

The driver was convicted of 27 charges, including vehicular homicide.

The hearing picked up considerable media attention after a clemency petition for Aguilera-Mederos hit over 2m signatures.

"Rogel Lazaro Aguilera-Mederos, 23 has nothing on his driving record, or on his criminal history," the start of the petition reads. 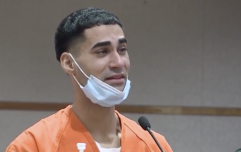 END_OF_DOCUMENT_TOKEN_TO_BE_REPLACED

It continues to say that he had complied with every manner of the investigation and he had passed all drug and alcohol-related tests.

It continues: "The trucking company has had several inspections since 2017, with several mechanical violations. There are many things Rogel could have done to avoid the courts, but he took responsibility showed up and severely apologized to the victims families.

"Rogel is not a criminal, the company he was working for knew the federal laws that go into truck driving but they failed to follow those laws."

Now, judge Bruce Jones, who imposed the sentence, has scheduled a new hearing for 1.30pm for Thursday Jan 13. He has noted he may not have much discretion in the resentencing, according to CBS News. 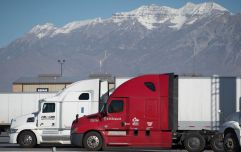 END_OF_DOCUMENT_TOKEN_TO_BE_REPLACED

The judge has said he will not hear from anyone for the defense, other than Aguilera-Mederos' lawyers.

He said he is open to hearing from the victims if they so wish to 'put themselves through that stress again'.