Some details of the case have been confirmed.

Jon Venables was questioned by police in relation to a public order offence in 2001, just days after he was released for killing James Bulger, documents obtained by The Sun appear to confirm.

The quizzing by officers came whilst he was under police protection costing taxpayers £23,000 a month - yet the allegations were never made public.

Two years following the incident he reportedly tried to sue the police for wrongful arrest and false imprisonment. It is unclear whether he was successful in this attempt.

A source told The Sun: “Huge amounts of time and public money were lavished upon him. Was the public ever being told the truth about how its money was being spent?”


Venables and Robert Thompson were both convicted of the murder of James Bulger in 1993 and were granted lifelong anonymity and new identities upon their release. 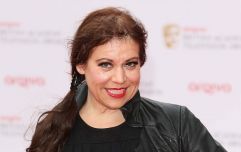 END_OF_DOCUMENT_TOKEN_TO_BE_REPLACED

However, Venables was sent back to prison this year, having pleaded guilty to possession of indecent images of children for a second time. He retains his lifelong anonymity.

This anonymity means that it is illegal to share images of Venables online. A statement from the Attorney General's Office said of the ruling: "The terms of the order mean that if a picture claims to be of Venables or Thompson, even if it is not actually them, there will be a breach of the order.

"Providing details of the new identities of Venables and Thompson or their whereabouts is also prohibited - this order applies to material which is on the internet.

"There are many different images circulating online claiming to be of Venables or Thompson - potentially innocent individuals may be wrongly identified as being one of the two men and placed in danger.

"The order, and its enforcement, is therefore intended to protect not only Venables and Thompson but also those members of the public who have been incorrectly identified as being one of the two men."