Job seeker pitches for work at Tube station, gets interview in 3 hours and has job by end of week

A job seeker who used a billboard to pitch for work outside a London tube station landed himself an interview in just three hours - and was offered a job three days later.

END_OF_DOCUMENT_TOKEN_TO_BE_REPLACED

Haider Malik decided to take a different approach to jobhunting by setting up a pop-up stand with QR codes to his CV and LinkedIn page outside Canary Wharf during the earlier hours of November 2.

The 24-year-old business and finance graduate, who worked for the NHS during the Covid lockdown, used a board bought from a stationary shop in Romford to clearly define his career aspirations with the hope of catching the interest of passers-by.

Wearing long johns under his suit to keep warm, the 24-year-old go-getter headed for the financial district around 6.45am with the hope of finding an "entry-level role" or a place on a "graduate scheme". 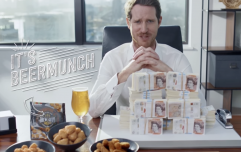 END_OF_DOCUMENT_TOKEN_TO_BE_REPLACED

"I was standing there empty-handed and my CV was in my bag, so I was kinda hoping someone would come to me as I was used to waiting for someone to reach out."

But as time went on, Malik realised he needed to be more proactive, so began greeting people.

"I got a lot of 'well dones' and people started congratulating me on my efforts, and then within an hour, 100 copies of my CVs were gone. It was really crazy," he explained.

"And instead of printing loads of CVs where they will probably end up in the bin anyway, I decided to get a QR code for my LinkedIn platform and a downloadable resume as everybody has a phone and when people are commuting, they have time to have a look." 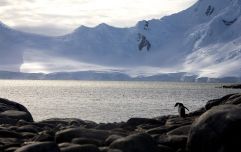 Fancy getting away from it all? This could be the dream job for you

END_OF_DOCUMENT_TOKEN_TO_BE_REPLACED

Within three hours, Malik was offered an interview for a job at Canary Wharf Group PLC - and his story had gone viral on social media.

"The timing of it was crazy, it was like something you see in movies," he said.

By the end of the week, Malik, who graduated with First Class Honours from Middlesex University in London, started working at Canary Wharf Group PLC as a treasury assistant.

Malik, who had been scouted after his first year at university to train as a professional cricketer at the Darren Lehmann Academy in Australia, decided that it wasn't the right field for him and flew back after six months, to continue his degree.

After graduating, he worked hard as an UberEats delivery driver, taking inspiration from his dad, Mehmood Malik, who was a migrant from Pakistan and worked 12 to 14 hours a day as a cab driver.

"He would come home just in time to say goodbye to us as we went to school in the morning and I would always see him knackered but happy because he could give money to my mum," Malik said.

"I've always been inspired by him because he made the best of what he had.

When Malik was growing up, he always knew he wanted to work in Canary Wharf, but decided to only visit the district when he felt ready to take the next step. That was on the morning he pitched his way to a new job.

He's now making big plans for the future and wants to help others by spreading positivity and tips on how to stand out as a young professional.

"I come from one of the most depressing boroughs, Redbridge, and yet it is all about standing out from the crowd," he said.

"It's all about being yourself and getting yourself out there. You shouldn't look at other people and sell yourself short and my advice to young people is to always know your worth."

While enjoying his new job at Canary Wharf Group, Malik has been supported by his colleagues to continue helping people break into the job market. Through his employer, Malik is going to run his own careers fayre.

"They've been kind enough to put their resources forward. I want to get four or five recruitment firms that are looking for active roles for potential employees to fill, rather than just networking and promoting themselves," he said.

"If they're actively seeking applicants, they will be set up in panels across the room, so they can talk to students coming in throughout the day."

popular
Jordan Peterson suspended from Twitter over Elliot Page comment - says he won't apologise
Premier League player arrested on suspicion of rape
Wildlife trophy hunter who killed lions and elephants gunned down in 'execution-style' murder next to car
Swiss football fan slept rough in Milan for 10 years after getting lost at San Siro
Threesome sees 60-person brawl break out on cruise ship, says passenger
Moment fighter jet appears at the wing of easyJet flight after teen passenger ‘made bomb threat’
Drag queen does poppers live on Channel 4 - tells mum 'I've bloody made it'
You may also like
Life
Furious woman dumped by ex so he could 'focus on his career' - dates his boss instead
Life
'Professional baby namer' charges parents $10K to name kids
News
Sainsbury's delivery driver claims he was sacked after viral video saying he loves his job
Business
What days you should work on four-day working week, according to an expert
Life
A quarter of women think about housework during sex
Next Page