Jimmy Kimmel called Caitlyn Jenner an 'ignorant a**hole' after she made a comment about the homelessness in LA. 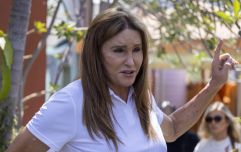 END_OF_DOCUMENT_TOKEN_TO_BE_REPLACED

Jenner, who is running for the Governor of California, told the talk show host Sean Hannity that her friends were leaving the area due to the amount of homeless people on the streets.

The American socialite told Hannity during an interview that one of her friends was "packing up his hangar" at an airport, with many critics labelling the comment as tone deaf.

Caitlyn Jenner to Hannity: "My friends are leaving California. My hangar, the guy right across, he was packing up his hangar and I said, where are you going? And he says, 'I'm moving to Sedona, Arizona, I can't take it anymore. I can't walk down the streets and see the homeless'" pic.twitter.com/Z1WbBBQXq7 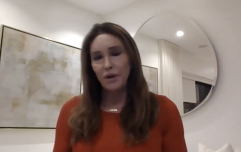 END_OF_DOCUMENT_TOKEN_TO_BE_REPLACED

Jenner's interview with the chat show host was her first big media event of her campaign.

After showing a clip of Jenner's comments, Kimmel said: "Is it transphobic to call a trans person an ignorant a**hole?" 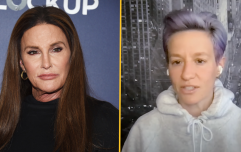 END_OF_DOCUMENT_TOKEN_TO_BE_REPLACED

Jenner publicly announced that she was running for the Governor of LA last month.

In a statement she said that "Sacremento needs an honest leader with a clear vision."

During her interview with Hannity, Jenner said: "This state has done so much for me over the years.

"But I’ve watched it crumble right before my eyes. California’s worth fighting for, and that’s what I’m doing."