Labour leader Jeremy Corbyn was reportedly attacked with an egg on Sunday during a visit to a mosque in north London. Corbyn was visiting the Muslim Welfare Centre during 'Visit My Mosque' day.

Corbyn was visiting the Finsbury Park Mosque and Muslim Welfare House when the incident occurred on Sunday afternoon. A man, believed to be a pro-Brexit campaigner, was arrested at the scene.

PA reported that the man was heard saying "when you vote you get what you vote for".

The mosque, which is situated in Corbyn's constituency of Islington North, is located near the scene where terrorist Darren Osborne drove a van into a crowd of people on 19 June 2017, killing one person and injuring nine. 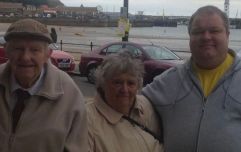 END_OF_DOCUMENT_TOKEN_TO_BE_REPLACED

He was sentenced to 43 years in prison in 2018, with the judge highlighting his targeting of people wearing traditional Islamic dress as evidence of his “ideology of hate towards Muslims”.

Corbyn was taking part in the fifth annual 'Visit My Mosque' day at the time of the incident. The day is a national annual campaign facilitated by the Muslim Council of Britain, encouraging mosques across the UK to hold open days to welcome in neighbours from all faiths.