A number of civilian casualties were reported

President Joe Biden has announced that an ISIS leader has been killed by US special forces during a strategic raid in Syria.

Informing the world's media on Thursday, POTUS said that "US military forces in northwest Syria successfully undertook a counterterrorism operation to protect the American people and our Allies, and make the world a safer place."

Taking place overnight, he confirmed that Abu Ibrahim al-Hashimi al-Qurayshi, reported to be an ISIS leader, was "taken off the battlefield" and that "all Americans have returned safely from the operation."

END_OF_DOCUMENT_TOKEN_TO_BE_REPLACED

The photo above is said to be taken from within the White House as Biden and his Vice President Kamala Harris sat in the office's Situation Room to watch as the raid took place.

US outlets had reported early on Thursday that a military operation had been carried out in the region, but few details were known at first; however, along with the identity of the ISIS leader, AP said that 13 people are said to have been killed on the mission. 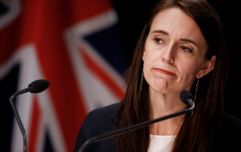 END_OF_DOCUMENT_TOKEN_TO_BE_REPLACED

Pentagon press secretary John Kirby declared the mission as "successful", with no US casualties suffered.

Local outlets covering the operation in the northern Syrian town of Atmeh, Idlib, are claiming that the targeted strike wasn't such a smooth operation and the Syrian Civil Defence said the death toll includes six children and four women.

ABC News' Senior White House Correspondent, Mary Bruce, claims a source told her "any reported civilian casualties resulted from the target or a family member detonating an explosive device at the beginning of the operation and not from US forces.

popular
Dad who left partner for Ukrainian refugee is now her full-time carer after she became partially blind
Tariq Lampety switches international allegiance ahead of Qatar World Cup
Elon Musk secretly fathered twins with his top executive, according to court documents
Premier League club faces call to suspend international player over rape allegations
Bizarre moment Flash star Ezra Miller offers to 'knock out' store worker who wanted a selfie
England women's squad to discuss changing white shorts due to period concerns
Piers Morgan took a piglet on his show and people don't know 'what the f*** is going on anymore'
You may also like
News
UK 'ready' to launch strikes against ISIS-K in Afghanistan
News
Shamima Begum asks UK for 'second chance' in new documentary
Politics
Why bringing British children home from Syria is the most British thing we can do
News
Shamima Begum lawyer slams Sajid Javid over treatment of teen
News
Bangladesh says it will pursue the death penalty for Shamima Begum
Next Page